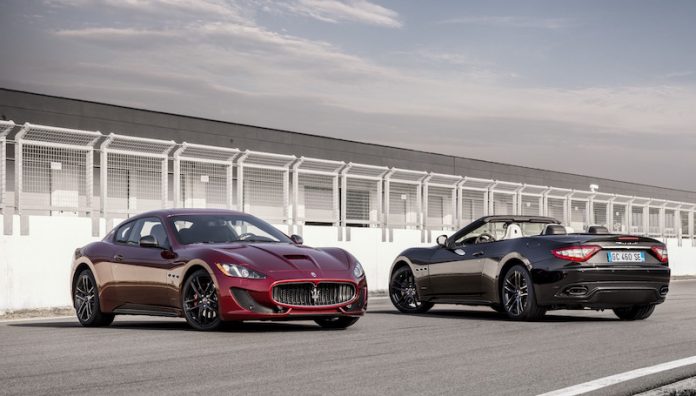 The Geneva Motor Show is now open to the public and is in full swing, but the news doesn’t stop of course. The most notable unveilings have been models such as the McLaren 720S, the Ferrari 812 Superfast and the Alpine A110, but Maserati has unveiled a special version of its GranTurismo and GranCabrio Sport. Only 400 will be made though, but what do they have?

The cars are named – quite disappointingly – “Special Edition”, which seems a bit unoriginal for an Italian firm such as Maserati. Thankfully, this is compensated by what the model itself stands for. It’s to celebrate 60 years since the 3500GT was produced, which was the brands first commercial success, shifting over 2,200 units. 1957 was also the year where Fangio won the F1 championship in his iconic 250F. Because of this, the GranTurismo and GranCabrio Sport Special Edition will be offered in a Rosso Italiano paint finish, which features a three-layer coat. It looks very splendid, especially with the black 22″ alloy wheels which bears the special edition logo on the centre cap. Open the doors and you’ll find carbon fibre sills, which also feature the special edition logo upon them. The cabin can be specified with either Poltrona Frau leather – which is a new addition – or a mix of leather/alcantara. The inside also has a choice of four different interior stitching designs. Naturally, there is a special edition plaque at the bottom of the centre console, which sits on a carbon fibre and displays the model number. Nice. It’d be rude not to mention power when talking about a car such as this, wouldn’t it? Whether you pick the coupé or droptop, you will receive the 4.7 litre naturally aspirated V8 engine, producing 460bhp. 186mph is the top speed achieved in the GranTurismo – when the MC-shift gearbox is selected – whilst the GranCabrio has a slightly slower speed of 176mph.

Release date and price are yet to be announced.