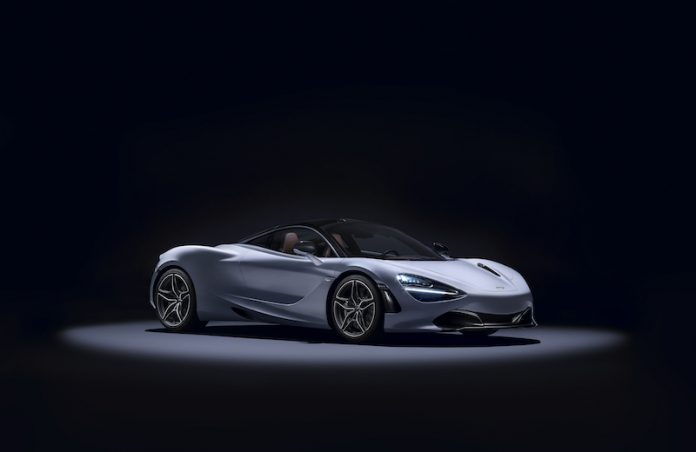 McLaren has been teasing the 720S for quite some time and I must say I have become a fan of McLaren in recent years, despite never having ever driven one. I was meant to drive two last year but that fell through – the less said about that the better though. Anyway, moving on, let’s focus on the 720S, which marks the second generation of the British brand’s Super Series.

As mentioned, the 720S marks the second generation of the Super Series, so it has a lot resting on its well-formed shoulders. Luckily though, it looks as good on paper as it does in the pictures. Mounted in the middle of the new model is a 4.0 litre twin-turbo V8 engine which produces – yeah, you guessed it – 720ps. In Queen’s English, that translates to  710hp with 770Nm of torque and a top speed of 212mph.

This power, which comes from a new engine, will propel the 720S to 62mph in under 3 seconds. If you think that’s impressive, then wait for this – it will double that speed in only five seconds. It will slow down just as quickly as it speeds up as well – from 124mph to 0, the 720S will come to a halt in just 4.6 seconds. Whatever you do, don’t have a heavy breakfast, otherwise you might have a Chris Evans ‘strawberries’ moment. Either that or you will need to swiftly change your underwear.

Brain To Go With The Brawn

As this is a McLaren, it’s not all about speed, there are nerdy levels of tech to go with the immense power. But I don’t mind that, I like a well thought out product, even if it does mean a slight loss of ‘soul’. The side radiator intakes have gone, not because the Woking based team forgot, but purely because they’re not needed.

No, instead the 720S has is able to create an aerodynamic ‘double-skin’ thanks to the dihedral doors, which pushes the airflow towards the massive radiators which help to keep that well-engineered engine cool. The 720S is also built around McLaren’s Monocage II carbon fibre chassis, which helps to give high levels of strength, whilst also keeping the weight down – win-win.

The cabin features handcrafted materials such as fine leather and machined aluminium, plus McLaren states the 720S sets new levels in terms of space and comfort. It’s also home to innovative tech such as the McLaren Driver Interface which comprises of a folding driver display and a large infotainment screen.

So then, it seems as if McLaren has not only set a new bar for itself, but for the supercar genre as a whole.

The 720S may have only been unveiled today, but it’s available to order now with prices starting from £208,600.