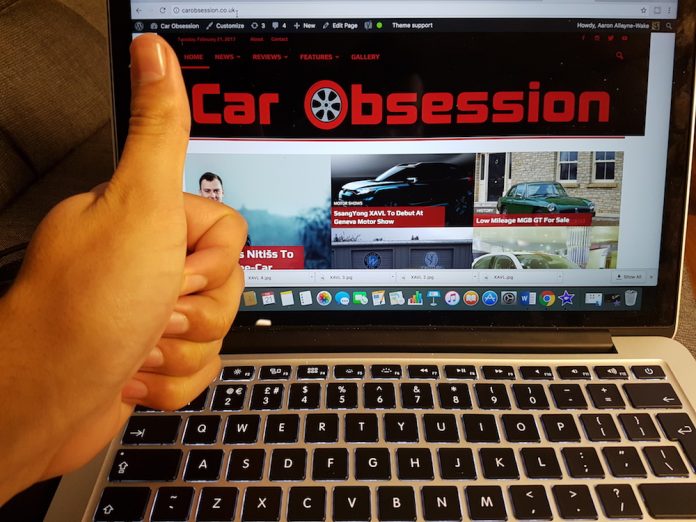 Good evening you lovely people! Hope you’re all well, I know I am, as the website has hit a rather special milestone. On the 21st of February the website celebrated its first birthday. I’d like to thank you all for your support and of course for reading. The site was actually set up at the start of the Feb last year under the name ‘Redline Motoring’ but two weeks went by and the name simply didn’t fit.

I felt it was a little generic and it made the site sound more like a driving school or a tuning company. So after going through around 40 names, I stuck with Car Obsession. I chose Car Obsession as it’s self explanatory and my quest for a new name was becoming obsessive so it kind the name kind of created itself in the end. Car Obsession was made official on 21/2/16 and the rest as they say, is history.

It hasn’t always been easy, especially as I fit my writing around a full-time office job (non car-related),which takes around 50 hours of my week. I also have to fit in time to go to the gym as well as manage the site’s social media and YouTube channel. Oh, and I also write for Motor Verso and manage my own tribe on DRIVETRIBE. So as you can imagine, it’s been a big commitment!

That hasn’t discouraged me and I only want Car Obsession to get bigger and better. That starts with the new site, which is still a work in progress, but the fundamentals are there. Once again a massive thanks to David Kelly at OY! Domains for helping do most of the behind the scenes stuff. Paul Hadley at Motor Verso also deserves a shoutout for his advice.

As well as the new site, I also want to get more cars to test and hopefully the former will help with that. I do however have the Suzuki Jimny on test and the review will be coming soon, so look out for that! So who knows, you may see me testing the latest Aston Martin (yeah, I wish). I have driven some exciting cars though so far, including the iconic Peugeot 205 GTI, the simply superb BMW M4 Competition Package and the legendary Vauxhall Lotus Carlton to name a few.

Below are some of my favourite articles from the year that has gone by, I hope you enjoy them as much as I did writing them.

Going behind the scenes at Zenos

I could name many more but I’m biased after all!

So here’s to another fantastic year of Car Obsession – I hope you enjoy the ride!