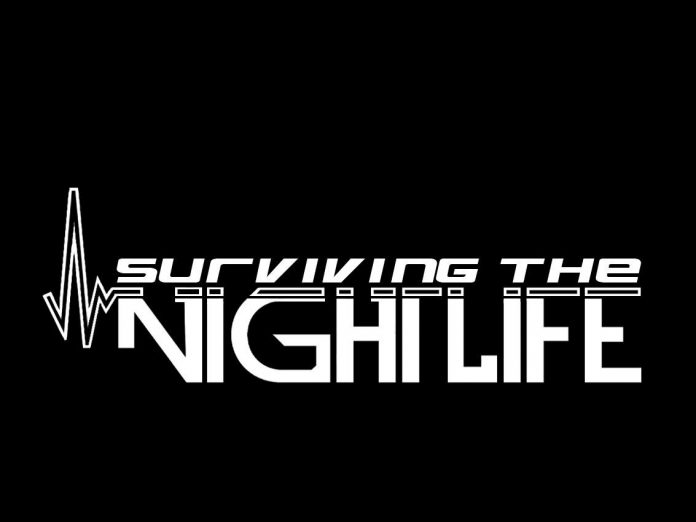 Last night I attended Surviving The Nightlife who had one of their meets at Cobham Services on the M25. I was expecting quite a few cars but my word, there were plenty. Let’s put it this way, the car park has around 3000 spaces and the event pretty much filled all of them as well as taking up the coach spaces. There was so much interest that Surrey Police had to stop people entering the services! So if you were in the Cobham area and desperate for some food or a wee, this is what was stopping you from doing so!

Brief History on Surviving The Nightlife

Gareth Field, one of the founders provided me with some background about STN:

Surviving The Nightlife started as a media company that I myself started about 3 years ago. The Car Club I was in at the time wasn’t too big and we thought a general photographer would entice car enthusiasts to come to our meets/events + Bringing a lot more promotion about our club when some of the photos went viral.

After an unexpected turn of events many of the members and staff left the Car Club I was in. I soon followed suit. At this point we had no Car Club and no sense of where or what to do other than drive around the roads at night looking for things to do. (It’s funny how much you miss a weekly regime when it’s no longer there.)

So 4 months passed before 7 members from the old Car Club including myself met up and decided that we have had enough of the pointless driving and we should make our own Car Club and thus after much deliberation and many name ideas we agreed on Surviving The Nightlife as it was already known in the Car Scene and we already had a logo.

Believe it or not but the team behind Surviving The Nightlife did not actively promote the event, it mostly through the power of word of mouth. Gareth Field set up a Facebook page for the event and he was expecting around 600 cars or so. Much to his surprise the services was awash with car enthusiasts and their motors. Surviving The Nightlife have been going for 2 years and have arranged meets in and around the Surrey area.

I caught up with Gareth to get some more information about the group and how it all came about with a Q and A:

What was your first car?

My first car was a Peugeot 306 Rallye. I think it’s fair to say like most young car enthusiasts I *Drove it like I stole it.*

Eventually I brought a huge turbo kit for it, but not being mechanically sensible at the time I didn’t upgrade the radiator and as such it overheated often and eventually blew up my engine. LESSON LEARNT!

What car do you own now?

At the moment I own a S14a that was Imported last year. Since owning it, it has had a full engine rebuild with Cosworth internals and is running 511BHP with a GT3576r(That barely fits!). It has had a full nitrous oxide system installed but as of yet I have not had it dyno’d at full potential due to multiple engine failures. Looking forward to showing everyone it’s new Widebody look in 2016!

What is your favourite/least favourite car?
My favourite car of all time would be the 1967 Ford Mustang, I’ve always had a soft spot for old American muscle, even more so when a member of my family brought an old Mustang, but that just reassured the fact that unfortunately I’d not have the bank balance for its constant repairs if driven often.

My Least favourite car will cause a stir. My Least favourite car is a Vauxhall Corsa, and it’s not even the cars that bother me about them. My main issue with them is a set of wheels and a LOUD! exhaust does not make you Lewis Hamilton. Multiple times have I seen the famous *Top Gear handbrake turn* go wrong and even though there are hundreds of cars doing the same the Corsas always seem to stand out.

What is your most enjoyable driving experience?
This one is easy and it always makes me laugh! When i use to own a Hairdressers car (Mk1 MX5) I’d often look out for any excuse to go out with the roof down. On one occasion I was with a good few from Mx5Nutz and we decided that a roof down run through the tunnels of London was needed. So after much debate we all caught up at a locals service station and made our way throughout London. Roof down, music blaring, exhausts roaring!

Now about 10 minutes into our journey the great British summer arrived in full force.

We must of drove around for about 2 hours in heavy rain refusing to put our roofs back up (This seems to be a common disease convertible owners have. Nothing will stop us from making the most of our soft tops). By the end of the run we was all soaked through and just kept comparing how flooded our cars were. Easily the most stupid fun I’ve ever had in a car and anyway isn’t that the whole point in owning a soft top?

What is your ideal car, money no object?
It’s not what you would expect. My ideal car would be a 240z With a LS1 engine swap. 240z’s seems to becoming a rarity now and with a LS swap it would just an insane car to own!

The name came about when few of us (in another car club at the time) use to go out late at night and practice drifting in empty car parks and industrial estates, and as you would expect many times we would damage our cars or get in trouble from the local authorities. When we was lucky enough to avoid all that we use to make a joke about how we *survived the night*. That in turn led to the birth of my photography and eventually the Car Club. Of course this was many years ago and we’ve all grown up since.

What is your aim of these meets?
Our main aim for these meets are quite simple. To bring multiple car clubs and enthusiasts to a safe and friendly environment. We keep in constant contact with the local authorities and maintain strict policies throughout all our events.

What would you say is the most impressive car you have seen during your time organising these events?
The one car that has stood out more than any other car would be the 270z with a RB26 engine conversion, such a clean and well looked after car. You could tell the owner really cared for it.

Lastly, what are your future plans for this event?
Well at the moment we are in talks with Surrey police about our last event. It seems that Cobham services even with its huge capacity cannot sustain our meets anymore.

We do however have multiple other locations that we could go to and have permission to hold events at, but at the moment with the sheer volume of numbers that would attend we’ve decided to keep everything on hold. Thankfully we have been looking into using an abandon airfield prior our last event for many months, But as always there’s a lot of work to be done to get such a place (liability insurance, police presence etc) and so we will most likely strive to get that venue as quick as possible and get it out to the public just as quick!