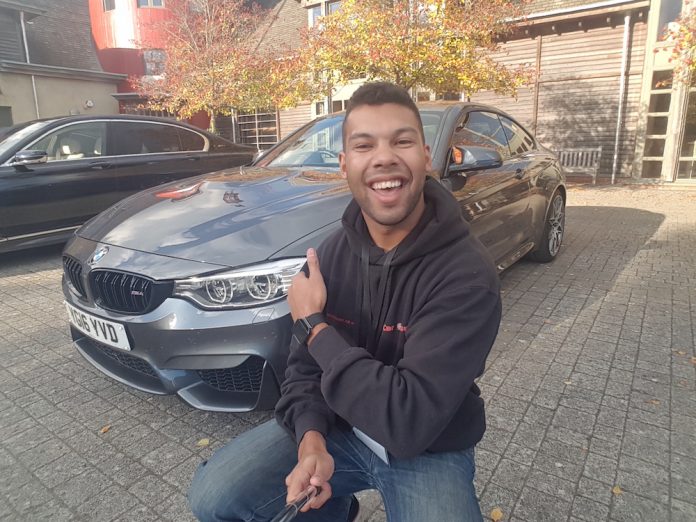 Hello everyone, it’s been another manic day for Car Obsession! Today I headed to Lambourn (between Reading and Swindon) to attend a BMW/Mini test day. I was looking forward to this but it didn’t quite go to plan…

***Update*** All three videos for these cars are live on the YouTube channel and can be found here:

I left the house at 6:30 to allow myself plenty of time to get there for 9am from South London. I hit a big problem very quickly – Worcester Park. This is a town near me which is known for being busy in terms of traffic but as there had been an incident in the area I was at complete standstill. In the end I gave up and tried to go back the way I came but even that was a struggle.

I did it in the end but I soon hit further traffic towards Tolworth and then I hit more traffic on the M4. Long story short, I took more 4 HOURS and 30 MINUTES to get there door-to-door – it should have taken about 1 hour 40. To make matters even worse the engine warning light turned on halfway through my journey – most likely caused by the drag racing last Sunday.

I’m here! What can I drive?

I ended up turning at 11am all flustered with a full bladder so I needed a few moments to ‘compose’ myself. I had lost two hours of reviewing time and there weren’t many keys available. I had some cars in mind I wanted to test but none of them were in. I had the choice of either the 7 Series LWB or the M240I Coupe. Yeah, I went for the M240I.

The M240i sits below the M2 so it’s not as fast but that’s not to say it isn’t as capable. Powered by a 3.0 litre straight-six engine, the M240i is able to boast 340bhp, meaning it’ll get to 62mph in 4.8 seconds when selected with the 6-speed manual and 4.6 seconds with the 7-speed auto box. Top speed is limited to 155mph but that should fast enough for pretty much everyone. Not bad considering this costs less than £30,000.

Thankfully I had the manual gearbox and stepping in to this model was very reminiscent of the M2 I drove at the SMMT test day earlier this year. The seating position was low and you knew from the get-go this was a sporty set-up. Even so, getting a comfortable driving position was very easy thanks to a seat which can be altered electronically and a steering wheel that adjusts for rake and reach.

Taking the car out on the open road was an absolute joy, everything about the M240i just felt ‘right’. Everything from the power and the handling just felt bang on the money and it’s clear BMW has spent a lot of time refining the formula. I remember the shift in the M2 being sweet and the M240i offers the same short, snappy shifts from the 6-speed manual which really adds to the experience. It makes a good noise too and the handling is sublime. Through the corners it felt so planted and there was more than enough grip on offer. Result? A high bar set for the rest of the day. After giving back the keys to the M240I I went back to see if the M4 was there as that was the car I was most keen to try out. The only car on on offer was once again a 7 Series or a Mini Clubman diesel. Hmm. Not what I was after. Within a moment though, the keys for the M140i were handed back, which meant I could take that out instead.

It features the same 3.0 litre unit used in the M240i and has a 14bhp increase on the 326bhp offered in the M135i – it’s predecessor. The 0-62 time is a fraction slower than the M240i but it still around the 5.0 second mark. The model tested had the 8-speed automatic gearbox but a six-speed manual is also on offer, top speed is once more limited to 155mph.

One thing I noticed quite quickly is that the M140i was a bit more slack at the back and seemed to have less traction. Not a negative thing, more of an observation. It didn’t feel as planted in the corners and there was a hint of body roll as well. The gearbox worked well in manual control but I found it a bit delayed when left to its own devices.

The M140i is still a capable car though but it hasn’t quite got the composure or poise as the M240i but as a hot hatch fan I still loved every moment of the drive. I’m still not sure on the bold red interior though, not what you’d call ‘subtle’….

​​Saving the best ’til last

I decided to wait for the M4 rather than go out in something else as the M4 was the car I wanted to drive the most. I’d say I had to wait about 30-45 minutes but it was well worth it. I thought the M240i was quick but the M4 simply blew it out the water. This model was the competition package, meaning that the 3.0 litre twin-turbo six-cylinder engine is able to offer 444bhp – 19 more than the standard M4.

0-62mph comes in about 4.0 seconds but the top speed is still limited to 155mph. The model tested was fitted with a 7-speed auto gearbox which was a real joy to use. The shifts were sharp and snappy, which helped to make a strong case for having it over the 6-speed manual. I only had the car for half an hour so I decided to keep it in the Sport Plus driving mode all the way.

This mode sharpens everything up such as the throttle, steering and suspension but even so the M4 was still more comfortable than I would have expected. The noise from engine is simply superb and it’s a noise I could revel in all day. I’d say it’s the best noise I’ve experienced in a car since the Zenos I drove earlier this year.

All-in-all I thought the M4 was brilliant and I actually think this could be one of the most complete cars money can buy. It’s fast, practical, comfortable enough to use everyday, good-looking and well-priced at £62,560 – £57,065 for the standard M4. I feel this is a car that could do everything you need it to and I’d be extremely happy to be able to own one of these.

Despite the long journey, the day was well worth it and although I would have liked to drive more cars it was great to have a short go in the M4 Competition Package. It would have been nice to try the i3 or one of the Minis is it what it is and I’m sure I’ll get another chance in the future.