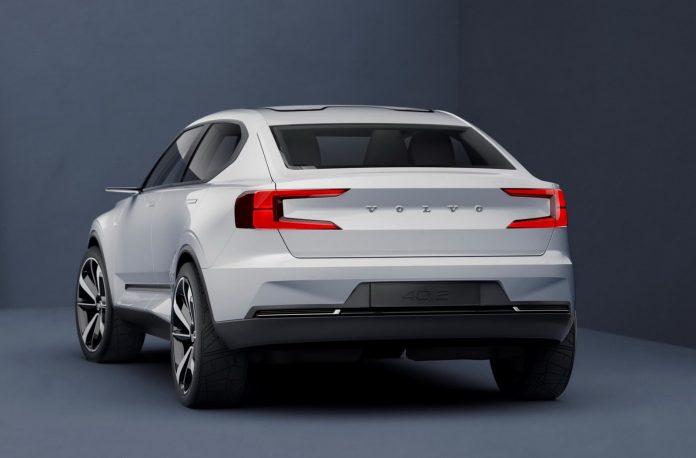 Volvo is set to release its new SUV – the XC40 2017 – later this year and there is already a buzz around the vehicle with hopes high that it will be as good as the XC90 and XC60 models.

The XC40 is set to be the smallest SUV in Volvo’s current range of sports utility vehicles with the XC90 being the largest and the XC60, Volvo’s only other SUV being mid-sized. Although little has been revealed about the XC40, it is safe to assume that the vehicle will be a premium compact SUV that is closer to a hatchback or crossover in size, and Its main competition is likely to be the Q2 from Audi and the BMW X2.

It is also a safe bet that due to the success of the XC90’s unique style, the XC40 will also be something pretty special to look at.

Sources have also hinted that the car will include the company’s signature Thor hammer headlights, striking grille and bold, sharp exterior lines.

Although they’re remaining pretty tight lipped, Volvo has revealed that the XC40 will be one of the manufacturers most customisable car to date. Speaking in a statement, the company said that they wanted to bring more individuality and vibrancy to the SUV market. They also used words like fresh, distinctive and creative to describe the XC40, which is good news for those of you who like your vehicles to stand out.

A Rainbow of Colours

Volvo have also revealed that the XC40 will come in literally dozens of interesting colour combinations including Lava Orange carpets and Oxide Red seats. It’s probably a good move for Volvo to offer lots of interesting colour combinations in the SUV market where colour is increasingly being used to sway consumers in one direction or another. It’s something Hyundai, Renault, and Citroen have all been doing in recent years.

Although it hasn’t yet been confirmed, it is expected that the XC40 will feature an infotainment system similar to the ones in the XC90 and XC60.

Little is known about the build of the XC40, but judging by the superiority of the nuts and bolts in the XC90, and because it’s being built at Volvo’s Ghent plant in Belgium, which is known for building superior vehicles,  you shouldn’t need to worry about faults and the occasional service from TT Auto Centres should be enough to keep you on the road. The body is sure to be as slick and strong as ever, that’s for sure.

The Volvo XC40 is still several months away from being launched on the market, but it is expected that it will go for £20,000 or more, which is very comparable to other similar SUVs like the Audi Q2, which is currently available for £20,515.

Keep your eyes peeled for more information on the Volvo XC40 as and when it is revealed. It’s on course to be one of the best vehicles released this year, so you don’t want to miss out!