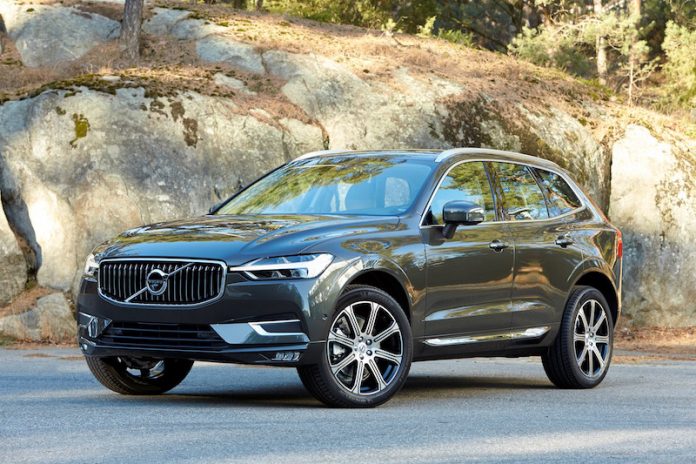 I’ll admit, I don’t know about a great deal about the Volvo XC60. I certainly didn’t know its the best selling premium mid-size SUV in Europe. It also represents around 30% of the Swedish carmaker’s global sales. A pretty important model in the range, I’m you’ll agree.

You Really Can’t Be Too Safe

Volvo is infamous for delivering safe cars, in fact Volvo is pretty much the byword for car safety. Volvo has made the new generation XC60 safer still, by installing Steer Assist and Oncoming Lane Mitigation. To put that in to simple terms, the XC60 will be able to swerve out the way of an oncoming car if the system thinks a collision is imminent. Oh, and Volvo’s semi-autonomous Pilot Assist driver assistance system is also an option in the new XC60, just in case you fancy one less thing to think about on your daily commute.

There will be two diesels and three petrols – one of which is a plug-in hybrid – available in the new XC60. Speaking of which, the award-winning T8 petrol plug-in hybrid spearheads the engine range, offering a grand total of 407hp and a 0-62 time of 5.3 seconds. The other petrols include 254hp and 320hp units, both of which are turbocharged and supercharged, offering 400Nm of torque. The diesel contingent is formed by a 190hp unit and a 235hp unit which uses PowerSense technology.

The new XC60 will start production from the middle of April with prices yet announced.