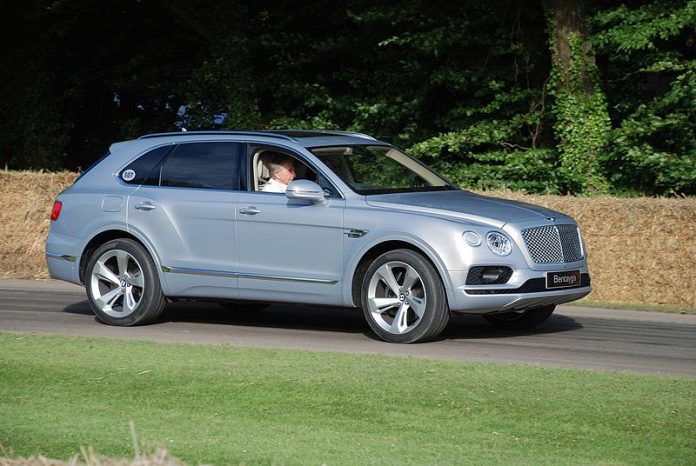 SUVs are quickly becoming some of the most popular vehicles on the road. Having the space to carry a large group of people or loads of your possessions is a great benefit, and a lot of people like being able to drive on all sorts of terrains. Most SUVs are missing a common attribute which a lot of drivers won’t want to live without, though; luxury. This means that the Bentley Bentayga not only breaks trends for the company, being their first sports utility vehicle. Along with this, it’s also one of the only cars on the market in this bracket to exhibit such luxury. This car has a lot more to offer than just luxury, though, so let’s take a look. Bentley’s line of cars is filled with high-powered machines which don’t cut any corners. The Bentayga has kept in line with this, sporting a massive W12 engine at 600hp. This car is heavy, but the engine size isn’t just to keep the car moving. Along with all of its comfort and agility, this monster can hit over 180mph on the road. This sort of speed is unprecedented in similar vehicles, making this Bentley a great option for speed-freaks.

For a long time, this brand has maintained a very consistent house style with their cars. The design ideas used on their other cars can also be found in the Bentayga. With a good balance between curved lines and thick, chunky ones, this car will appeal to a lot of people. It has Bentley’s iconic mesh grill, as well as small circular headlights which are fitting with other cars in the lineup. Unlike other SUVs, this car won’t stand out like a sore thumb. Instead, it will merge with other cars, standing out only thanks to the build quality it offers. Of course, you can’t talk about a new car without talking about the gadgets found inside. With three screens, one in the back and two in the front, coming as standard, this motor will not disappoint. Along with its entertainment, the car also boasts the ability to park itself and even brake when it registers an emergency. The Bentayga is bursting with gadgets and gizmos, making your driving experience all the better. This car is already available at dealerships around the world. So, finding one shouldn’t be too hard. When starting your search, you’ll have to limit yourself to new cars. Unfortunately, as this option hasn’t been around for long, there aren’t many options to buy it used. As you can only buy the car new, you’ll be stuck with the almost $230,000 (US) price tag which comes along with it. This is a lot to pay for a car. But, with this Bentley, you truly get what you pay for.

Hopefully, this post will inspire you to start looking at some alternative SUVs as your next car. As these vehicles become more popular, more and more examples will spring up. Soon, you may even be able to expect Rolls and Aston making their own answers to the brutish Bentayga.