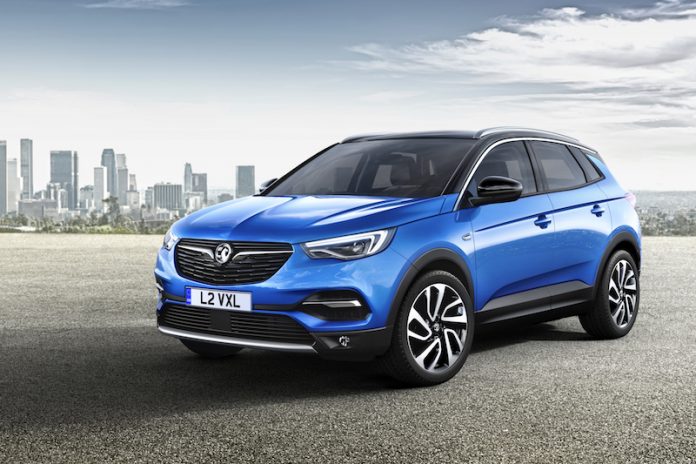 So Vauxhall has released the Mokka X on to the market and released pictures of the new Crossland X, today the brand release pictures of its third SUV to enter the range. It’s called the new Grandland X and it will make its debut at the 2017 Frankfurt Motor Show, with deliveries expected next year. Its face looks similar to that of both the Mokka X and Crossland X, but the Grandland X will serve as the larger member of Vauxhall’s ‘X’ SUV family. Because of its larger size, the Grandland X will a decent amount of space for five occupants as well as generous luggage capacity. Vauxhall also says it will offer good all-round visibility as well as offering a good level of safety equipment. These include adaptive cruise control, autonomous emergency braking, driver drowsiness alert, and advanced park assist to name a few. Other features include AGR-certified front seats – like in the Insignia, heated steering wheel, heated front and rear seats, plus a power tailgate. There will also be full smartphone connectivity as well as Vauxhall’s OnStar system. Helping to complete the technological line-up are adaptive forward lighting LED headlights with features such as cornering light, high beam assist and auto levelling guarantee. Last but not least, the Grandland X will be available with an optional Grip Control, which gives the driver 5 different modes to choose from depending on the situation. Each of the modes controls how much torque is being fed to the front wheels to ensure that the highest level of tractions are always available.

Prices are yet to be announced, but you can expect to see the new Grandland X in showrooms early next year.