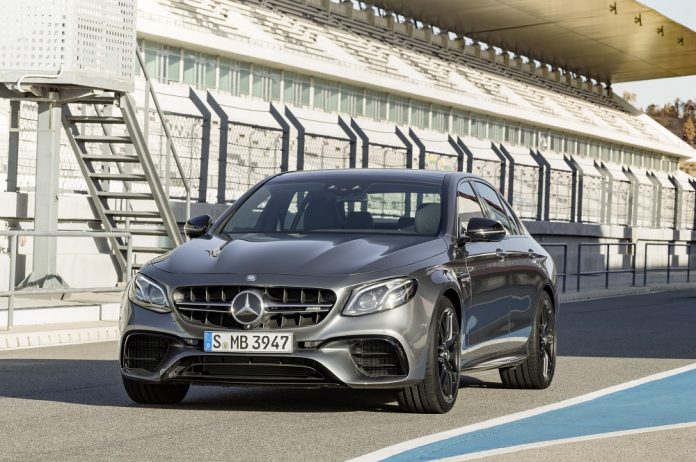 A few days ago I wrote about the new E63 Estate, one of the fastest estates money will be able to buy. Today however, I’m focussing on the saloon version, which has now had its prices and specifiation revealed.

Prices will start at £78,935, which should be around the same price for the new BMW M5 coming later this year. Like the M5, the E63 features a V8 engine which produces many horses (571hp or 612hp to be exact), and will be mated to four-wheel drive. There will also be an Edition 1 model available which is all yours for the rather lofty fee of £106,585. This specification, based on the E63S, adds black 20-inch AMG alloys, designo Selenite Grey magno paint and AMG Night package. As you would expect from a German saloon such as the E63 AMG, there is plenty to keep you entertained, which just as well given its price tag. Under the bonnet there is a cathedral of power in the form of a 4.0 litre biturbo V8 unit. In the standard model you’ll get 571hp but if that isn’t enough, you can opt for the E63S which gives 612hp. The differences in 0-62mph times are marginal though, as the E63 will get there in 3.5 seconds and a slighlty improved 3.4 seconds.

Both models are limited to 155mph however, unless you pay extra to have the power upped to 186mph. The E63S has a drift button though whereas the standard E63 doesn’t so that’s something to bear in mind… The E63 isn’t all about brute force though – there is plenty of luxury and tech to be getting on with as well. Step inside and you will be greeted by Nappa leather seats and a massive touchscreen display on which you will find a whole host of features and smartphone integration. The steering wheel is also wrapped in Nappa leather and Dinamica microfibre.

The new model is available to order now with deliveries coming in June.