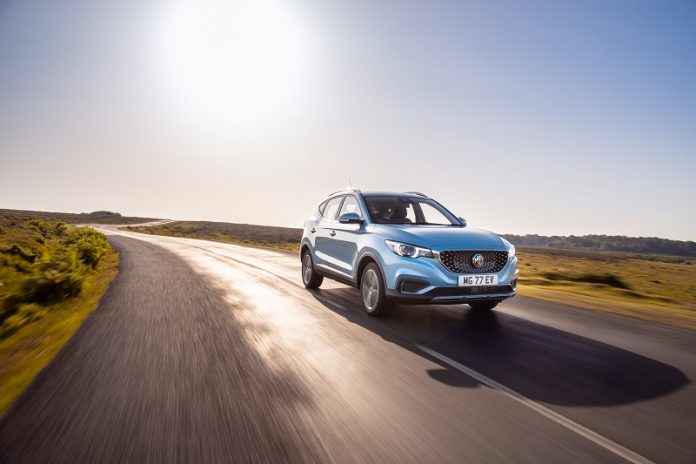 As the world moves closer and closer to electric cars, more buyers want to get a slice of the action, but there are a few barriers when it comes to EV motoring. One of them is cost, but MG has revealed a car that should help get over this barrier.

The ZS, only it’s electric

It’s called the MG ZS EV – man, that’s quite a few abbreviations – and although it’s a car that has been revealed before, today marks the British brand’s full announcement of said car. MG states its new MG is the “first truly affordable, family friendly electric car”, and with a starting price of just £21,495, you’d be hard pressed to disagree with that. However, this price only applies for the first 1,000 customers, but not only will those first 1,000 get a discount, but they will also get a free home charging point installed as well. For those of you that aren’t lucky to be part of the first 1,000 – imagine being unlucky enough to be customer number 1,001 – you’ll be looking at a starting price of £28,495, which isn’t quite as appealing, bearing in mind cars such as the Nissan Leaf and the Hyundai Kona Electric hover around the same kind of price point.

Let’s kick things off with what you really want to know – range. MG states that the ZS EV will be good for a WLTP rated range of 163 miles, which isn’t quite as much as the Kona Electric or the new Kia e-Niro – soon to be reviewed, so watch this space – but it’s almost on par with the Nissan Leaf, which is the most popular EV going at the moment.

Powering the electrified ZS is a water-cooled 44.5kWh battery, which is mated to front mounted electric motor offering 143hp and 335Nm of torque. The battery – and the whole car for that matter – is covered by a seven year warranty, which is bound to give buyers peace of mind. MG states that the battery can be charged to 80% from flat in 43 minutes, which isn’t the fastest around, but it’s not too far behind. The ZS EV is the brand’s most high-tech car yet, with standard features – depending on trim level, of course – including autonomous emergency braking, blind spot monitoring, lane keep assist, adaptive cruise control, and a 8″ touchscreen offering sat nav, Apple CarPlay and Android Auto (Android Auto is not available on other MGs), to name a few.

Daniel Gregorious, Head of Sales & Marketing at MG, said: “With an exciting £21,495 price point at launch, ZS EV is a compelling option for customers who want to switch from old school petrol and diesel cars and enjoy all the wonderful benefits of electric motoring. ZS EV is here to revolutionise the way people think about electric cars. With the first truly affordable, family friendly electric car, MG is bringing zero-emissions motoring within everyone’s reach. Make no mistake, this car isn’t a brand statement or a vanity project, we’re here to sell electric cars and to sell big!”