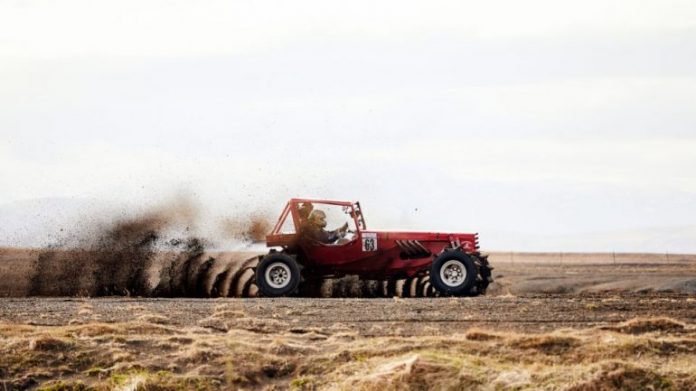 This week’s episode of Top Gear sees Harris and Flintoff visit Ireland, McGuinness visits Wales, and Harris visits Norfolk in what was a jam packed show, and sadly – I didn’t think I’d say that – the last of the series. Yes, really.

The show kicks off with McGuiness describing just how fearless his northern colleague, Freddie Flintoff is, so to prove whether or not he can actually feel any kind of dread in his bones the ex-cricketer is shipped off to Iceland. The reason? To compete in a what Top Gear deems to be the most terrifying motorsport in the world – Formula Off-Road.

Some of the cars kick out around 1,600hp, so Freddie seemed pretty happy that his car had ‘only’ offer 600bhp from its 5.7 litre nitrous powered V8 engine. Harris looked pretty smug, so to help inject some humour, and added peril, the Top Gear thought it would be good for Harris to have a go as well, only his car would be bigger and more powerful – 900bhp.

This was a fun film which delivered good banter and the two bounced off each other well. The production was of a high standard, but what else would you expect from one of the world’s biggest and most popular motoring shows?

It was a hard fought contest by Flintoff and Harris, although it’s clear that Flintoff had a more flat-out attitude than Harris who was understandably a bit more cautious, especially as Flintoff had rolled his car pretty much straight away. Flintoff built up a good lead, but after sinking his car in the cold, Icelandic river, Harris was able to pull back some ground. In the end, there was just one point in it – very close indeed!

McGuinness does some proper journalism

Earlier in this series, I’ve wondered whether or not McGuinness and Flintoff will be tasked with doing a ‘proper’ car review, and tonight’s show gave me half the answer. McGuinness heads to Wales to drive a boyhood hero – the Toyota Supra.

This, McGuinness, is the car that he wanted most as a child, and it’s clear just how much it means to him as he slips behind the wheel and turns the ignition key. Credit where credit’s due, the Take Me Out host does a decent job of talking through the Supra’s history and it was also nice to see a lineup of modded examples as well.

However, this drive is merely the warm up as quite predictably the main theme of the film is to drive the brand new Supra. It’s no secret that a lot of the new car is used from BMW’s parts bin, but this seems fine by McGuinness. However, he soon meets up with Chris Harris, and well, he wasn’t so kind about it.

The shots on the race track were brilliant, and Harris’ sideway action gives great dynamism to the film, but even though he’s doing what he’s doing best, Harris isn’t overly happy. That’s because to him it’s just a BMW and he does go on a bit of a rant. Some of it is for banter of course, but even so I agree with him, although I can see where McGuinness is coming from when he says it’s better than having no Supra at all. 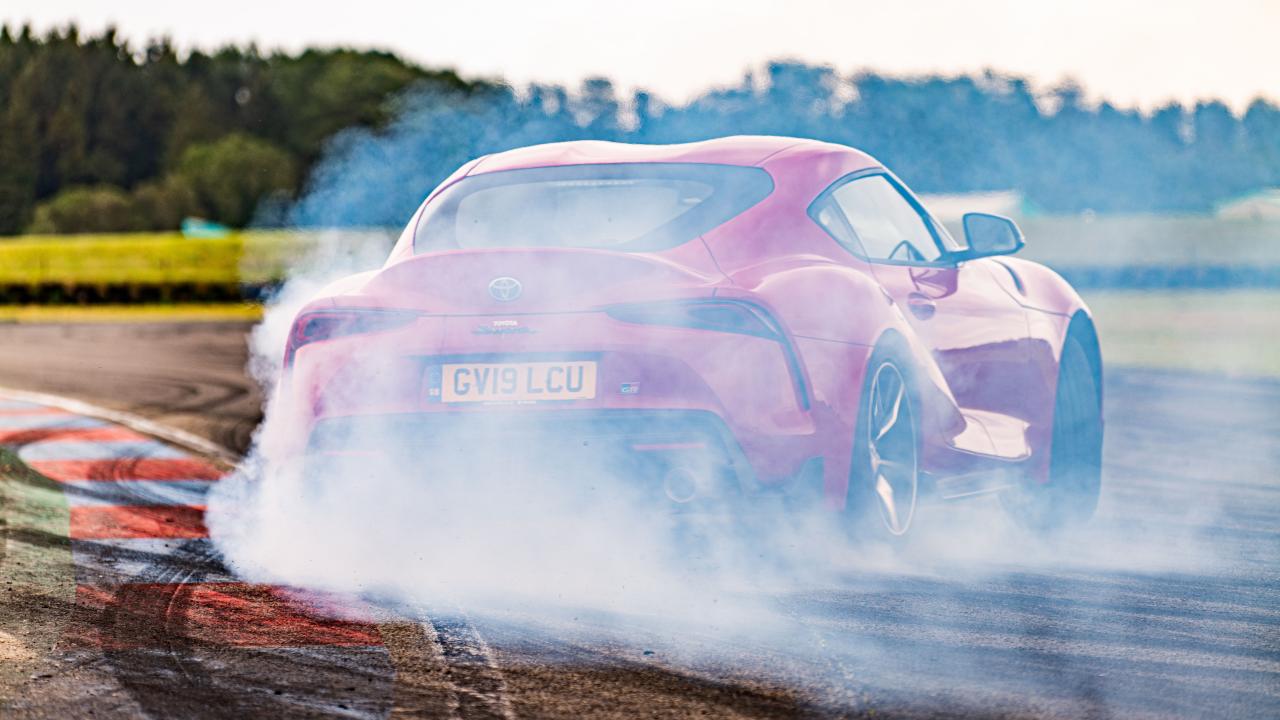 Harris tells it how it is

Like he did in the last series, Chris Harris delivers his high speed buying advice, this time talking about convertibles, estates, hot hatches and sports cars. This is such a simple, short feature, but I really like this segment, mainly because Harris just tells like it is in a spectacular, biting fashion. 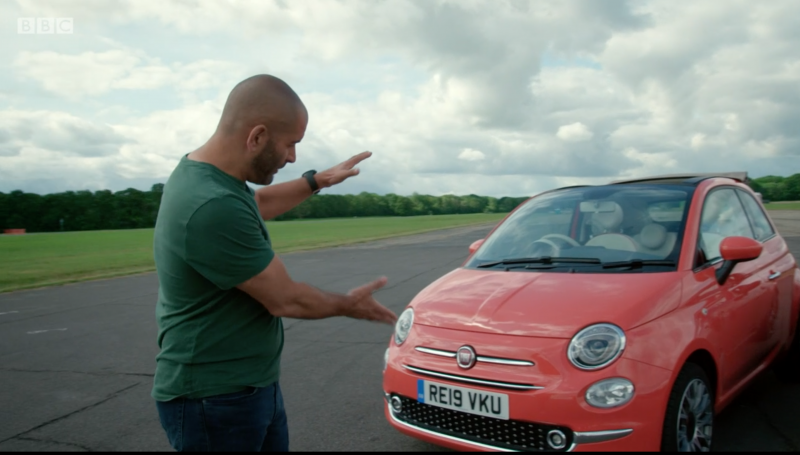 For example he refers to the FIAT 500’s colour as “Afterbirth Pink”, before slamming the Mini, stating that buying a Vauxhall is giving up on life and that Skodas are a bit vanilla. I am a little disappointed that he chose the Golf GTi over the Honda Civic Type R as I personally think the Civic is the better driver’s car – never mind.

Top Gear finishes the show with one of, if not, the most iconic Formula One cars ever to grace the smooth race track tarmac. That car, is of course, the Lotus 79. I am far from the most avid Formula One, but I recognised the car straight away, although, to be honest, I had no idea just how significant this car was in its day.

The brainchild of this car was Colin Chapman, the founder of Lotus, and he wanted to come up with a car that could offer straight line speed and strong grip in the corners – two commodities that seemed to be exclusive to one another at the time. 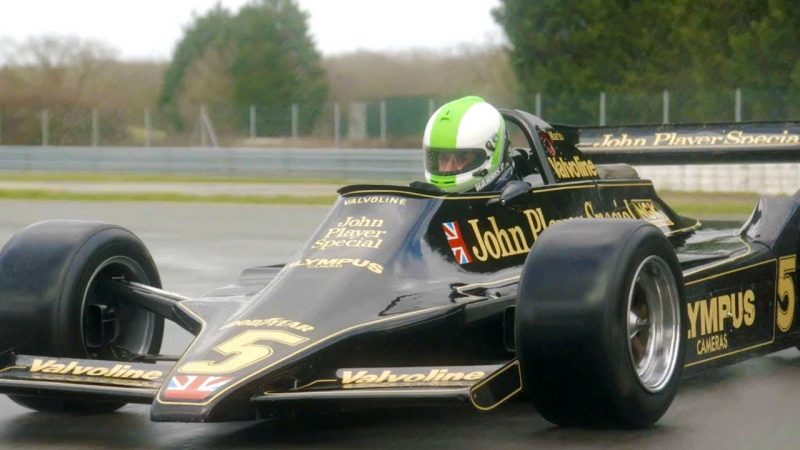 However, Chapman, with the help of Peter Wright and the rest of the Lotus team was able to develop something called the ‘Ground Effect’. This, in essence, helped the car have straight line speed and cornering abilities. With the car ready to go, it was put in to the hands of Mario Andretti and Ronnie Peterson, the latter of which sadly passed away following an accident in the car.

That car was burnt to a crisp, but thankfully Andretti’s car is still intact, meaning that Harris could slip his small, excitable frame behind this historic racer. Hethel, the Lotus test track is the venue for this historic drive, and it’s clear that this is a big thing for Harris. The overall film was shot fantastically, and was able to draw me in, even though I’m not a big fan of F1. 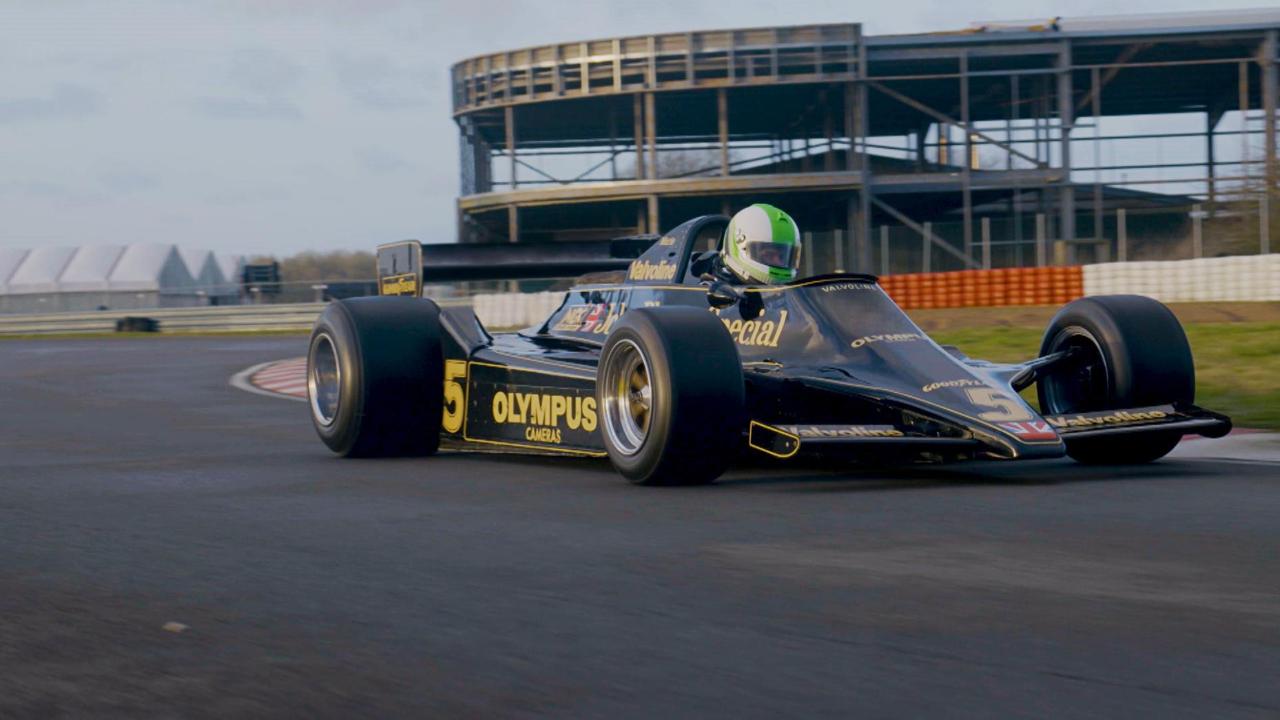 I really enjoyed tonight’s show, and it was a definite improvement on last week’s show. The banter worked really well in this show and there was a good variety of action. It’s such a shame that this signified the end of the series just five episodes in as it felt like it was just gaining traction. Overall, the series was nowhere near as much of a car crash as I thought it’d be, and I actually enjoyed it.

Now, the BBC just have to make sure that no more presenters leave… 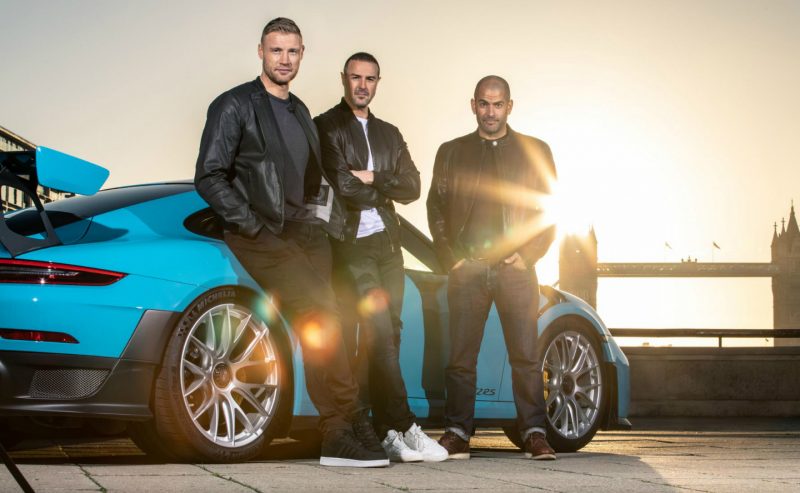