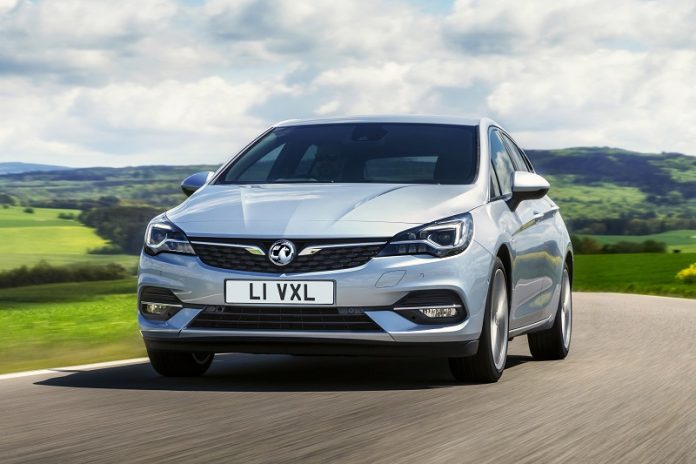 I’ll be honest, I’ve quite enjoyed Vauxhall’s recent design language – the Insignia is a sharp looking car, and the new Corsa is easy on the eye as well. However, today the British brand has revealed the new Astra, and on the face of it, I find it a little underwhelming. The design looks a bit safe, a bit generic, a bit bland. Compare it to cars such as the new Ford Focus or the Kia Ceed, I think the Astra is quite boring to be honest.

Ok, so the looks aren’t amazing but what about the rest of the car?

The key headlights for the new Vauxhall Astra are that it will be most dynamic car in the five-door hatchback class, it will be more efficient than before (no surprise there), it will be more spacious and comfortable, plus there will be new engines as well as a new 9-speed automatic gearbox.

Tell me more about the engines

From launch there will be a good choice of engines available – four petrol, and two diesel. The petrol lineup is made up of a 1.2 litre, three cylinder turbocharged unit, which offers either 110hp, 130hp, or 145hp, all of which are mated to a 6-speed manual gearbox. Then you have the 1.4 litre three cylinder turbocharged unit which offers 145hp, but interestingly, can only be mated to a CVT gearbox which is new for the Astra.

The diesel line up offers a 1.5 litre four cylinder turbocharged unit which offers either 105hp or 122hp; the latter has a choice of either a 6-speed manual or the new 9-speed auto, whereas the former only has the choice of the 6-speed manual. Across the engine lineup mpg ranges from 47.9mpg through to 62.8mpg, and CO2 ranges from 96g/km through to 136g/km. As you would expect with any new car, the upcoming Astra will have more technology than the outgoing model, with features such as a new digital front camera and the new Multimedia Navi Pro infotainment system. The new camera for the front offers a faster processor than before, meaning the autonomous emergency braking system is now able to pick up pedestrians, plus the traffic sign recognition feature is more responsive than previously.

The rear view camera has also been upgraded, with Vauxhall now stating that the view through allows cars/objects to be clearer and more distinct, plus the contrasts are more visible in the dark. Then you have the new Multimedia Navi Pro infotainment system which makes use of an 8″ touchscreen that can be operated by voice, and offers features such as smartphone connectivity and navigation.

Prices and full specification for the new Astra are yet to be announced.