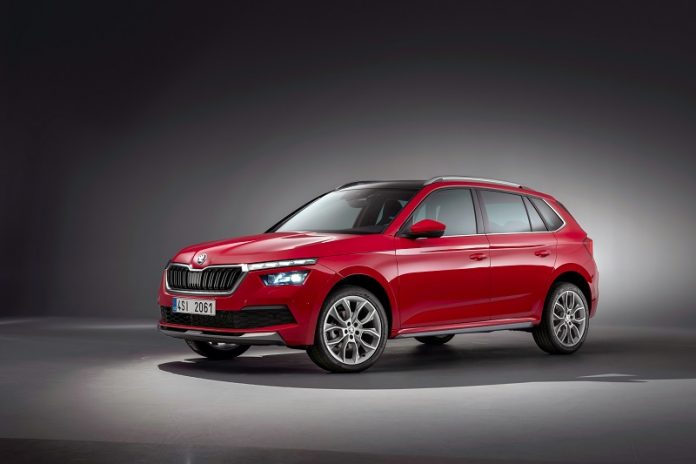 The SEAT Arona has won many plaudits in the small SUV class, but it could be about to have its nose put out of joint by its younger sibling. It comes from Czech carmarker, Skoda, and like the brand’s other SUVs, it’s name starts with k and ends in q. It’s called the Kamiq, which in the language of the Inuit means “something that fits perfectly”.

Full of tech (and space)

Skoda states the reveal of the Kamiq cements the brand’s design language for its SUV range, with key features such as the upright radiator grille, the distinct lines on the bonnet and the crystalline headlights. However, that hasn’t restricted the design team from giving the Kamiq its own unique look, and as such, it’s the first Skoda model to feature dynamic front and rear indicators, like you get on an Audi. Oliver Stefani, Head of ŠKODA Design describes the new Kamiq as having LED headlights that have the appearance of gemstones, helping to give the car an upmarket look. As well as being the first Skoda to offer dynamic indicators, the Kamiq is also the first LED headlights with daytime running lights.

However, this will all count for nothing if the car doesn’t offer the “Simply Clever” practicality that one would expect when buying a Skoda. With a length of 4,241mm, Skoda states that the Kamiq offers generous space, with rear passengers being able to enjoy up to 73mm of knee room. Boot space is pretty agreeable too, with 400 litres on offer with the rear seats up, and 1,395 litres with them folded down.

In regards to the tech side of things, the new Kamiq comes as standard with autonomous emergency braking, nine airbags and lane assist, although features such as adaptive cruise control, and crew protect assist can be added as an option. Depending on what trim level you go for, you’ll be able to enjoy a touchscreen with a size of 9.2″, which is the biggest in class, plus you have have a 10.25″ Virtual Cockpit display if you tick the right options.

The new Skoda Kamiq will be available with a choice of four engines; three petrol and one diesel – all of which are turbocharged. The entry level engine is a 1.0 litre three cylinder petrol, which offers 95hp with 175Nm of torque, and is mated to a 5-speed manual gearbox.

You have another 1.0 litre petrol with a bit more oomph, which offers 115hp and 200Nm of torque, which is mated to a 6-speed manual as standard, but a 7-speed DSG can be selected as an option. The most powerful petrol is the one used in SEAT’s FR models, offering 150hp and 250Nm of torque from its four cylinder, 1.5 litre displacement. Like the SEAT models, the Kamiq will be able to make use of cylinder deactivation for better efficiency. As with the more powerful 1.0 litre, this engine can be offered with a 6-speed manual, or a 7-speed DSG gearbox. That leaves the 1.6 litre four cylinder diesel, which offers 115hp with 250Nm of torque, which can be mated to either a 6-speed manual, or a 7-speed DSG.

There’s also the Sport Chassis Control for those looking for a sportier setup, which drops the ride height by 10mm, and adds a Sport mode for the drive select, which gives the suspension a firmer edge. For those of you more concerned about ruggedness than sport, underbody protection is available for those who also like to venture off‑road.

Prices and full specification for the new Skoda Kamiq are yet to be revealed, but the car itself will get its formal debut at the upcoming Geneva Motor Show.