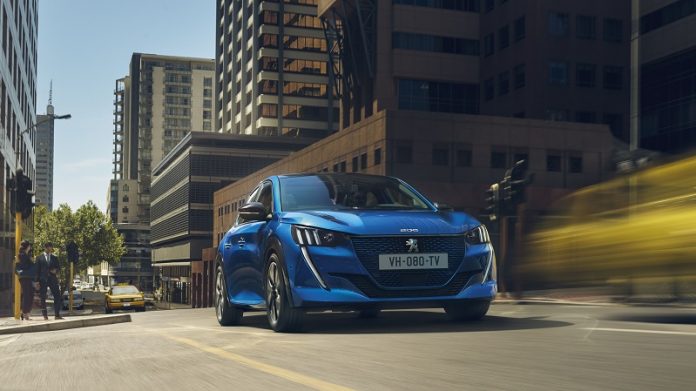 The Peugeot 508 is one of the best looking cars I have seen in quite some time. Well, one of the best more ‘mainstream’ cars, anyway. Today, the French brand has lifted the covers of the new 208 and e-208, which follows a very similar design language. This in paper sounds rather salivating, but I’m not sure of the design, not at first glance, anyway. (edit: I’ve re-looked at the press release pictures and it’s really starting to grow on me. However, it still looks a bit iffy from certain angles)

Yes, that’s one of the big headlines from the new model, the fact that buyers will have the choice to buy an electric only model. Now don’t think that this is a half-hearted model built just to tick boxes and has about the same range as a remote control car. No, in fact, the range of the e-208 will be more than usable for day-to-day use as the 50kWh battery offers a range of 211 miles (WLTP). In regards to charging times, if you use a traditional wall socket you’ll be looking at 20+ hours to charge, but that falls down to 8 hours if you use a a dedicated charging point, and it takes just 30 minutes to get the car from 0% to 80% if you use rapid charger. You can also control the car’s charging by using a dedicated app on your smartphone.

Let’s move on to the ICE 208s now; there will be four engines to choose from launch – three petrol (1.2 litre, three-cylinder) and one diesel. The petrol range is made of up of 75hp unit that is mated to a 5-speed manual, a 100hp unit, which can be mated to a 6-speed manual or an 8-speed auto, and a 130hp unit that is mated to the 8-speed auto only.  The diesel is represented by a 1.5 litre four cylinder unit which produces 100hp and is mated only to a 6-speed manual. The new 208 will be more efficient than the outgoing car as it has been made 30kg lighter, and it’s more aerodynamic, with less roll resistance. Let’s plenty of driving aids to make driving easier, such as adaptive cruise control, lane positioning assist, park assist, autonomous emergency braking, plus more. Full specification – and prices – are yet to be confirmed, but Peugeot has stated that the 208 and e-208 will use the latest i-Cockpit system, which makes sure of the pint-size steering wheel to give a better view of the road ahead. Dependent on the trim level, as standard, you’ll get either a 7″ touchscreen or a 10″, which make use of navigation supplied by TomTom as well as smartphone connectivity. More details of the new Peugeot 208 and e-208 should be revealed when the cars get their formal unveiling at the Geneva Motor Show.

David Peel, Managing Director of PEUGEOT UK said: “Our work with the all-new PEUGEOT 208 and e-208 is a great representation of how we are pushing the brand forward to operate in the upcoming age of electric vehicles. Both the standard and electric version of the all-new PEUGEOT 208 have been developed to be more economical, environmentally friendly and practical for drivers in 2019 and beyond to give customers the freedom of choice without compromise. “We are all so excited at PEUGEOT to be building towards our goal of a full electric range by 2023, and the all-new PEUGEOT e-208 is a great step in cementing PEUGEOT’s foothold in the ever-growing EV market.”