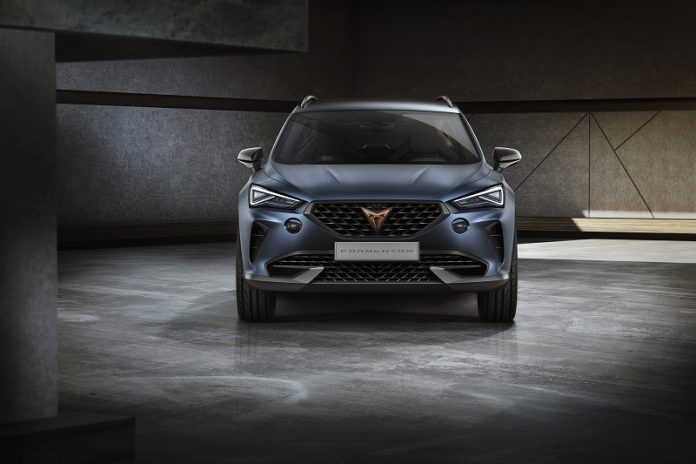 How do you celebrate a birthday? Go out for a few cheeky pints? Go out for a nice dinner? Go to a gig? This seems to be a little too ‘average’ for Spanish performance brand Cupra, as the newly formed marque is celebrating its first year with a new concept car.

It’s called the Formenter, which is an interesting name. Like SEAT’s naming strategy, the name for this hybrid performance SUV is inspired by a place called Formentor, which is in Majorca. This model will follow the Ateca, the first car to be released under the Cupra name, and will be the first to designed specifically for Cupra. Wayne Griffiths, CEO and member of the Board of CUPRA, highlighted that “CUPRA’s current success is a clear reflection of the brand’s popularity in the market. CUPRA’s response is exceeding all of our expectations and we want to continue consolidating this special brand, which is winning over the most demanding car enthusiasts. Now is the time to go full throttle with CUPRA.”

Yes, as is the way with the motoring world nowadays, the Formentor will be powered by a hybrid powertrain, which Cupra states will be good for 245hp. Details are still a bit scarce at the moment, so there are no performance stats, but Cupra has stated that the car can be driven in all electric mode for up to 50km (31 miles). The powertrain will be mated to a dual-clutch DSG transmission and the Formentor will feature VAG’s DCC chassis setup as well as progressive steering. More details will be revealed when the car gets its official debut at the upcoming Geneva Motor Show. On the face of it, though, the new Formentor looks pretty good. It’s bulges in the right places, its got a chunky look to it as well as big alloys and four large exhaust pipes. The interior looks pretty plush as well, featuring a large touchscreen and sporty bucket seats. On first appearance, the Formentor looks promising – I just wish it had a better name…