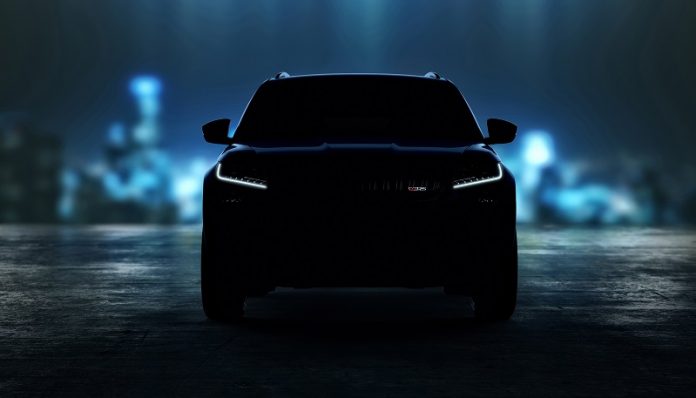 Although Skoda is still quite new at making SUVs, the Czech brand has dabbled in this area for a few years and found success, much like its sister brand, SEAT. The latter has since announced sporty versions of its range including FR and Cupra, but the Czechs have been a little slower on the uptake. You do of course have the Sportline trim, but that’s merely dressing the car up in a tracksuit, rather than offering more performance.

All show and go

Today, Skoda has teased pictures of the upcoming Karoq vRS, the first Skoda SUV to bear the sporty nameplate. The Czech brand is keeping its cards close to its chest, but more details should be known when the car gets formally unveiled at the Paris Motor Show next month. The very same event will also give Skoda a chance to reveal its new vRS badge, which will feature red detailing, and will be peppered all over the Karoq variant. Skoda has at least revealed which engine will be placed underneath the bonnet of the new Karoq vRS. It will be 2.0 litre biturbo diesel engine, which will be able to pump out 236bhp, with 500Nm of torque. This makes it the most powerful diesel engine that Skoda has ever produced, and its power will be fed through all four wheels. Performance stats are yet to be revealed, but more should be learnt by this time next month.

Are you excited for the new Karoq vRS? Are you glad Skoda has finally made a fast SUV? Comment with your thoughts below.