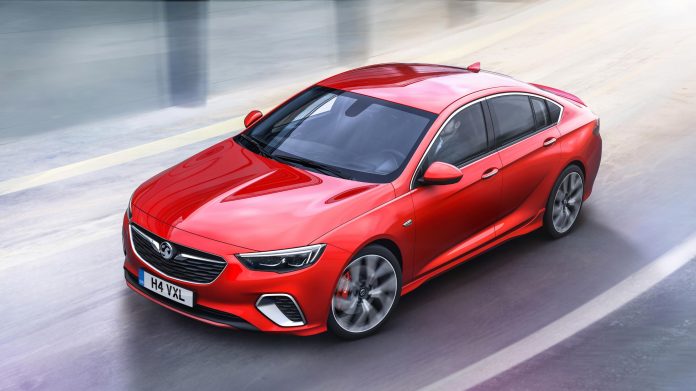 The Insignia VXR may be dead, but fear not as there is the new Vauxhall Insignia GSI to replace it. It may have dropped the VXR moniker, but it’s still a fiery beast. Thanks to its 2.0 litre turbocharged petrol engine, revised chassis and eight-speed automatic gearbox, it’s Vauxhall’s fastest ever fastest production model around the Nurburgring. If you want a bit of diesel in your life, then fear not, as there is also a choice of a 2.0 litre turbo unit. Offered in both Grand Sport and Sports Tourer styles, the new Insignia GSI will be priced from £33,375, and will be available to order from March next year. That price will fetch you the Grand Sport but if you want the improved practicality of the Sports Tourer, then you’ll be looking at a price of £34,875. The Insignia GSI offers bulges in the right places thanks to a body-specific styling, 20″ rims with big Brembo brakes within them, and in the case of the Grand Sport, and a rear spoiler. In terms of equipment, buyers can expect features such as full-leather sports seats, aluminium pedals, 8″ infotainment system with navigation, BOSE sound system and head up display.

Both engines will offer a decent amount of power, but the petrol is the pick of the bunch in this department, as this offers 256bhp with 400Nm of torque, meaning it will hit 0-60mph in 6.9 seconds when fitted to the Grand Sport, with a top speed of 155mph. The 2.0 litre diesel on the other hand, offers 207bhp, meaning it’s down on power, but it does of course offer more economy. Not that many buyers will be bothered about such things…

The new Vauxhall Insignia GSI is available to order as of March 2018, with prices starting from £33,375.