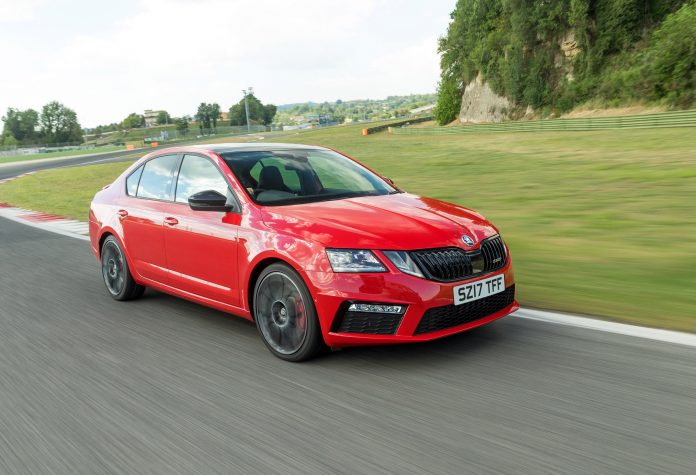 Ok, I’ll admit it, the Skoda Octavia vRS 245 is unlikely to be at the top of your list when it comes to choosing a hot hatch. If you’re a Skoda fan though, the Octavia is your only chance to take advantage of the vRS moniker, now that the Fabia is not blessed with such treatment nowadays. It’s also more of a performance tool than the Mondeo ST-Line, and it’s likely to be cheaper than the new Insignia VXR, so it seems like a rather attractive prospect. It’s also available in an estate, but it’s the hatch that I’m focusing on here.

But enough about the competitor mumbo-jumbo, what we all want to know is how fast it is. As the name suggests, it has 245ps, which in bhp terms is 243bhp, which is joined by 370Nm of torque. This means the vRS 245 is able to hit 62mph in 6.6 seconds, and will continue on to a top speed of 155mph. This power comes from a 2.0 litre turbocharged petrol, and can be mounted to either a 6-speed manual or a 7-speed DSG gearbox.

Power is sent to the front wheels, although there is a limited-slip diff which was originally developed for motorsport and works with an electronically regulated multi-plate clutch. This means that drivers wil be able to exploit the car’s power as much as possible, even when the going gets slippery.

As this is a performance model, you will of course get sporty touches, although it won’t be an in-your-face approach similar to a Civic Type R. Let’s face it though, they are two very different cars. What you will get in the vRS 245 is a sporty bodykit (naturally), a gloss black grille and 19″ alloy wheels also finished in gloss black. The look is finished off with alcantara sports seats inside the cabin. What Equipment Does It Have?

As well as the sporty styling, the vRS is able to offer a lap timer, 8″ infotainment system with sat nav, full LED headlights with adaptive lighting system, LED interior light pack and a sports steering wheel bearing the vRS logo on it. That’s all top of other features such as climate control, smartphone integration, cruise control, Bluetooth and DAB radio, so I doubt drivers will be wanting for much else in the vRS 245. The new model is available now, with prices starting at £27,595.