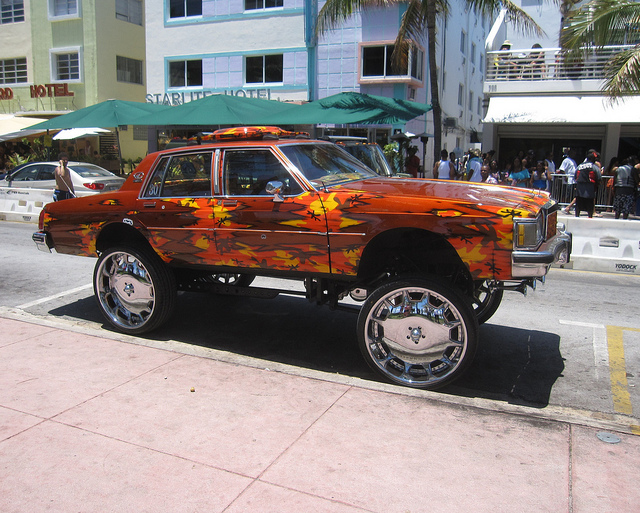 A car is personal to the owner. So, it’s no wonder some people like to add modifications. But, the problem with mod cons is that they don’t always work in your favour. After all, selling a car that looks like an extra from Fast and Furious isn’t an easy task. So, should a prudent owner forget about pimping their ride altogether? Well, the answer is yes and no. You see, some updates will make a motor more appealing whereas others will lower the value.

Here’s a selection of both so you know which ones to add and which to avoid.

Now, this one may seem a little strange because not many want a car with a plate that has nothing to do with their name. However, it is still a good investment for two reasons. The first is that the private number plate database does have restrictions. So, if you happen to have one that is someone else’s perfect fit, they will pay a pretty penny. The second reason is that plates are easy to take off and sell separately, thanks to dealers. At the very least, it should retain the same value if not add more to the price.

A modification that isn’t worth considering is alloys. Quite simply, they are too ostentatious for most drivers’ tastes and don’t fit with their sense of style. As soon as they see them, the buyer will take a dislike to the car even if it’s perfect. After all, alloys aren’t easy to take off after the fact, so no one will want to go through the hassle. At the end of the day, they are purely cosmetic and not in line with conservative tastes.

Again, this doesn’t appear like a must-have option, especially when anyone can buy from a decent supplier. Or use your phone as a replacement. However, they are cheap and don’t carry the same weight and respect. Buyers admire in-car satellite navigations systems because they are more likely to work. At least, that’s how people feel when they see one masquerading as a stereo. Also, an inbuilt sat nav updates itself on a regular basis, which means there should be no nasty surprise. Of course, yours would be a modification, but they aren’t to know that is the case.

One thing that people find attractive in a car is a massive sound system. What with the music banging out, and the people crowded round, it is bound to be a big hit. There’s one glitch: this isn’t a movie. And, there’s a good chance you’re not going to sell to a 17-year-old boy racer. The fact of the matter is that a sound system is more of a hindrance than a help. For starters, it takes up a lot of space in the boot that drivers want for practicality reasons. Also, it adds a lot of extra weight. As a result, the car will be less fuel-efficient and costlier to run.

In conclusion: sound system and alloys are bad, but a number plate and a sat nav are good.