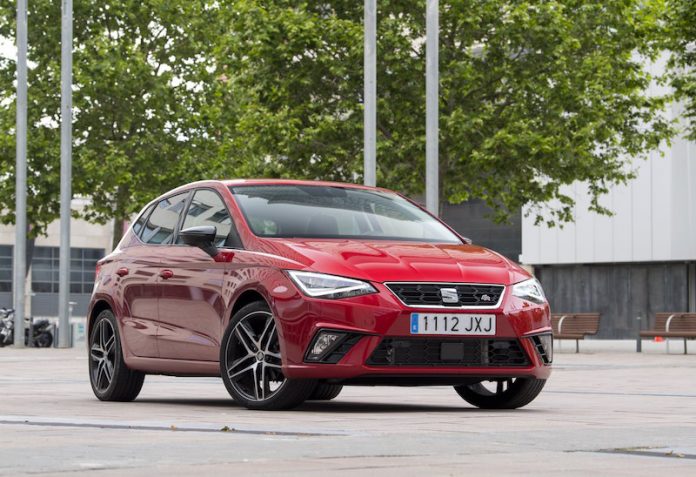 The fifth generation of the SEAT Ibiza is almost with us, in fact it will hit UK showrooms as of the 21st July. The price and specification has now been revealed with the new model available to order now with prices starting from £13,130.

What Can Buyers Expect?

Five trims will be launched with the new Ibiza, including the new range-topping XCELLENCE. A 1.0 litre engine will be available to begin with, which will be joined by a 1.5 litre 148bhp unit – reserved for the FR model – and there will also be diesels coming later in the year. The 1.0 litre three cylinder petrol comes with three power outputs – 74bhp, 94bhp and 113bhp, which will be used for the less powerful FR.

In the case of the FR, buyers will be able to select either a 6-speed manual or a flappy paddle affair. The Ibiza is the first VAG model to debut on Volkswagen’s MQB A0 Platform and offers more space whilst achieving shorter overhangs. The car – offered in five door guise only – is 87mm wider with a 60mm longer wheelbase, plus the boot is 63 litres bigger.

The base model S comes with features such as air conditioning, front electric windows, automatic headlights and Bluetooth, whilst the SE adds 15” alloys, front fog lights with cornering function, rain-sensing wipers, cruise control and SEAT’s Media System. The SE technology – likely to be the most popular trim – adds to this further with Media System Plus with 8” colour touchscreen, navigation with 3D Map display, voice recognition, DAB digital radio and two USB ports.