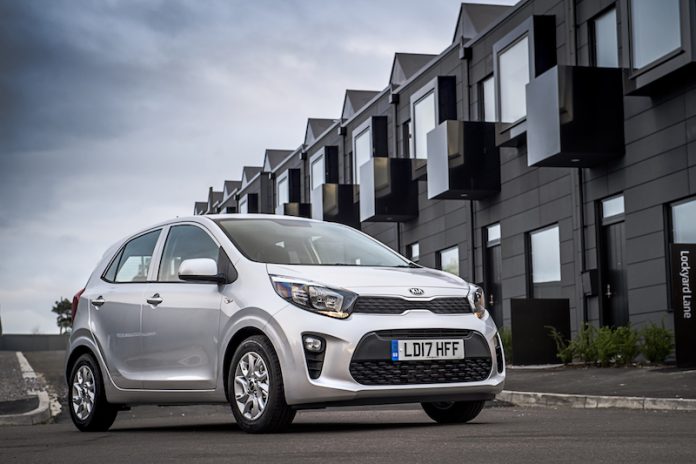 As you may have seen, this week I am testing the new Kia Pro_Cee’d GT and I’m must say I’m impressed with how Kia has executed. There was a time when Kias were cheap, but that’s because they were not on par with European rivals. As time has gone by though, Kia has been very keen to catch up, and the new Picanto is definitely a signal of intent. It will be priced from £9,450, but what does the new model offer?

These are the words on Kia’s press release in regards to the third generation of the citycar. To the naked eye it may not look much different, but there have been quite a few tweaks. The actual road space the Picanto occupies has not changed, but it is 5mm taller and the wheelbase as lengthened by 15mm. This helps the front occupants enjoy more room, plus the boot now has increased from 200 litres to 255 litres – a class best. It also has a sportier presence, thanks to a wider grille and new bumper designs. On top of this, the Picanto will later be available with a 1.0 litre turbocharged petrol unit which produces 99bhp – the most powerful engine to be fitted in a Picanto. Those looking for a sportier three door will be disappointed though as the new model will come in five door guise only.

The car has been built on an all-new platform which offers twice as much high strength steel, which means its twice as strong yet it’s 23kg lighter. The front of the car has been designed in a way that air is channel over the wheel arches to reduce air turbulence and to also improve aerodynamics. This model is also the first Picanto to offer torque vectoring for better driving dynamics. The car’s design was split over Germany and South Korea, so it’s clear Korea wants to really rub shoulders with cars such as the Volkswagen Up! What About Trims, Engines?

As mentioned, there will be the 99bhp 1.0 unit coming in due course, but until then, buyers will have a choice of either a 1.0 litre or 1.25 litre petrol, both of which are naturally aspirated. These are engines that have been used before, only this time they have been heavily revised for better efficiency. This means you’ll be able to get up to 64.2mpg with CO2 emissions as little as 101g/km. In terms of trims, the new Picanto will offer five different trim levels – 1, 2, 3. GT-Line and GT-Line S. 1 is the base models such don’t expect too much kit, but you’ll get the basics such as electric windows, remote central locking and a radio with USB and Aux connectivity. 2 is more attractive though as it adds features such as air con, rear electric windows, Bluetooth, leather steering wheel and gearstick,  plus a chrome grille surround. 3 further adds to this with AEB, front foglights, automatic air control, cruise control with speed limiter, 15″ alloy wheels and rear parking camera.

The new model will be available to order very soon with starting at £9,450.