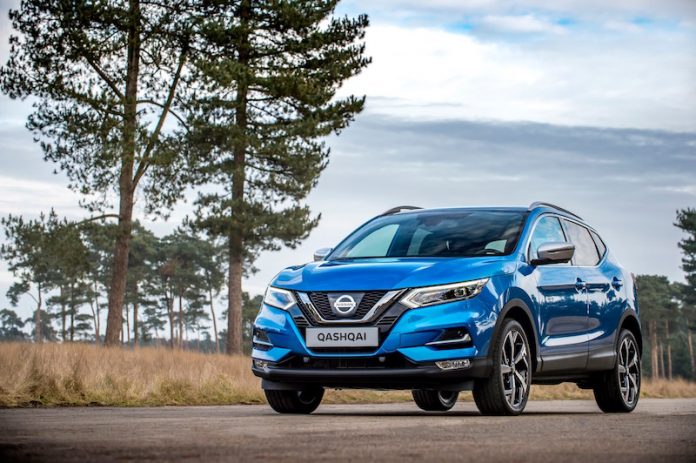 The Nissan Qashqai has been ruling the SUV roost since its introduction 10 years ago and I believe it’s the reason so many ditched bland, boxy MPVs. The Japanese carmaker has revealed the new model, but what has been added to better the already-successful formula?

The first thing you’ll notice is the new, sharper face, which carries the styling on from the outgoing model but with a bit more edge. In fact it looks like it’s been busy at the gym as it definitely looks more muscular, but there is function to go with the form. The headlamps have been revised and the rear lights have been given a 3D lens effect to further enhance the ‘boomerang’ light signature. The exterior isn’t the only place where the Nissan design has been busy though. The range-topping Tekna+ trim now offers soft nappa leather seats with 3D quilting in the centre of the seats – very nice. There is also a new D-shaped steering wheel with satin-chrome inserts to give a touch of class, but the layout has also been improved for better ergonomics. The cabin also features thicker glass in the rear to reduce noise coming in, leading to better refinement. The suspension, damping and steering have also been tweaked to offer a better driving experience, further improving the Qashqai’s strong appeal. The new alloys have been created in such a way that they’re more aerodynamic for better efficiency. This helps to keep the Qashqai as the lowest model for drag in its class. New safety systems have been installed, plus there is a new ProPILOT autonomous system available. The new safety kit includes pedestrian recognition, which will work with the pre-existing intelligent emergency braking and a rear cross traffic alert is now available on the Qashqai for the first time. The price and release date for the new Qashqai are yet to be released.