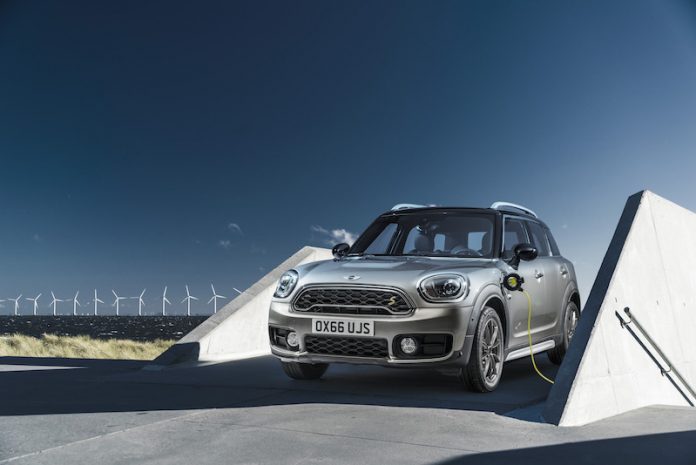 We live in a current world where virtually every car brand is eager to jump on the electric/hybrid bandwagon and Mini is one of them. The new Mini Cooper S Countryman ALL4 was revealed last year but today marks the reveal of the price and when it will go on sale.

This model is the first plug-in hybrid from the company and will go on sale from the 24th of June with prices starting from £31,585. Powered by a blend of a 3-cylinder petrol and an electric motor, the Cooper S E Countryman ALL4 will offer 224hp and will get to 62mph in 6.8 seconds. The car can be driven in all-electric mode to speeds of up to 78mph with a range of 25 miles. In normal driving the petrol engine will be “gently activated” at a speed of 50mph, but as mentioned, the car can be put back in to all-electric.

With the all-electric mode activated there will of course be no emissions, but with the 3-cylinder petrol in use the E Countryman will emit 49g/km of CO2 emissions and will be able to achieve a maximum of 134.5 miles to the gallon. The electric system, which has been made using components of BMW’s eDrive system, can be charged in around 2-3 hours when a dedicated charging point.

What Kit Is Included?

The new hybrid isn’t exactly cheap though so you’ll be wanting some decent kit for your hard earned cash. There certainly is some kit included but in all honesty it’s the kind of staff you would almost demand for anyway. Kit such as sat nav, Bluetooth and cruise control for some example. Other features include Emergency E-call, Active Guard and the Mini Driving modes.