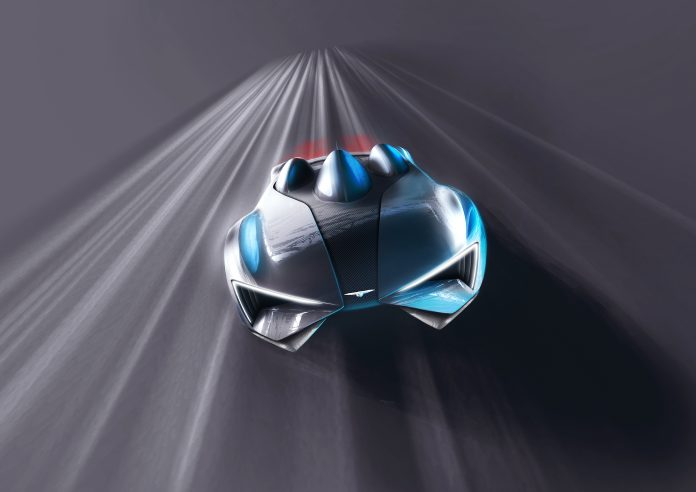 Some months ago, pretty much out of nowhere, Chinese brand Techrules teased the motoring world with some pictures of its new electric supercar – the GT96. The initial signs looked good but since then it’s all gone a bit quiet – a bit like the cars driving force.

Today though that has changed, as the Chinese brand has released another teaser picture of what the forthcoming car, which will make its debut in Geneva next month, will look like. As you’d expect, it looks sleek, futuristic and even space-like. I suppose that comes as little surprise as the car actually features an aerospace-inspired design.

The design has actually been done by renowned car designers Fabrizio and Giorgetto Giugiaro. It wasn’t just aerospace that inspired the new model though – the dramatic canopy has been designed by drawing inspiration from a jet-fighter. This means it will feature a central driving position – like a McLaren F1. So far it looks like it’s ticking the right boxes and it sounds like the kind of thing to make a child very excited, but it needs to be more than just than something to adorn a bedroom wall.

Thankfully it has tech – lots of it in fact. The main piece of the tech is the TREV system, which stands for Turbine Recharging Electric Vehicle. This means it uses turbine power to recharge the batteries, meaning that any energy that would usually be wasted by the car is recuperated. The car will also feature front laser headlights and something called ‘star burst’ reversing LEDs – no I’m not sure either – which feed through the integrated rear-view cameras.

The details of the car are all hush-hush as you can imagine but the world is bound to learn more when the GT96 gets it’s public debut at the Geneva Motor Show next month.