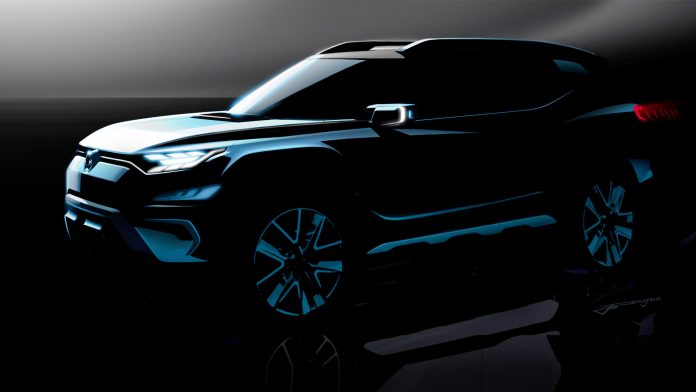 Korean carmaker SsangYong has today teased pictures of its forthcoming XALV SUV model which is to debut at the Geneva Motor Show next month.

Ah good question – XAVL stands for eXciting Authentic Vehicle Long, and no, I didn’t just make that up. I fear that the people normally in charge of naming cars have taken a holiday, with cars like the 812 Superfast and now this recently announced. Let’s not get bogged down with the questionable name though. Full details will be announced next month, but SsangYong has revealed so far is that the XAVL is a further iteration of the XAV Concept model seen at the 2015 Frankfurt Motor Show and has been inspired by the Korando model from the 90s. It will feature “tough and masculine lines” and I have to say it looks rather splendid. Much better than some of the SsangYong models from yesteryear – yes Rodius I’m looking at you. SsangYong states that the new model will have the looks of an SUV but with the practicality of an MPV. The new XAVL will be able to seat seven occupants as well as including the latest in technology and connectivity. It will also feature the latest safety aids for both occupants and pedestrians and will be offered with a choice petrol and diesel engines.

The new SsangYong XAVL will be publicly unveiled at the Geneva Motor Show which kicks off from the 9th of March.