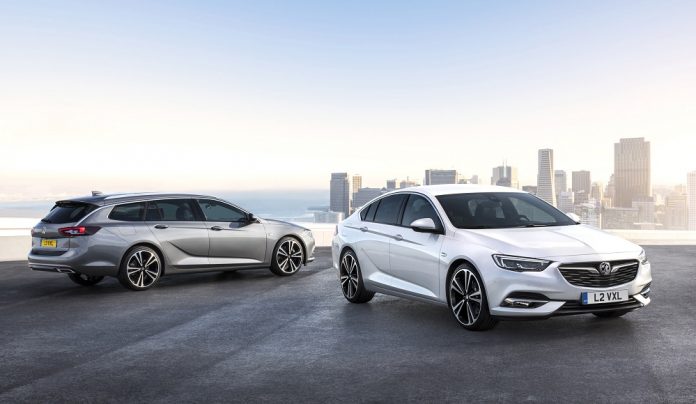 Today Vauxhall has released its first images of the all-new Insignia Sports Tourer, the new estate version of the new Insignia Grand Sport. Like all new cars, it will be unveiled at this year’s Geneva Motor Show and will go on sale later this year with prices to be announced. The new Insiginia will be home to a fair amount of tech, including LED matrix headlights, which are more advanced than those found on the Astra and can adapt to oncoming traffic. Vauxhall’s OnStar system also comes as standard in the new Sports Tourer, as does full smartphone integration, Wi-Fi hotspot, head-up display and lane keep assist to name a few. A new all-wheel drive system with torque vectoring also sees its way in to the new Sports Tourer, plus there is a new 8-speed automatic gearbox as well.

The Vauxhall engineers have been hard at work to ensure the new model makes noticeable advancements as the Insignia enters its next generation. Although the car may be a bit bigger, the new Sports Tourer is a whopping 200kg lighter, meaning it will be more agile and dynamic to drive. This will mean better efficiency too, which means less time spent at the pumps.

It will be more comfortable too – head and shoulder room has been increased in the new model and the seats are even AGR-certiftied to give occupants premium comfort. They will be heated too – not only does the driver and front passenger receive warm bums, but those in the outer seats in the back will receive heated seats. The middle passenger in the rear will have to go without I’m afraid.

As mentioned there is more space in the cabin, plus there more space in the boot. Thanks to the car’s new archeticture, the boot capicity has been improved by 100 litres to make it a total of 1640 litres. The rear seats also fold down in a 20/40/20 formation to give flexible loading options and a power tailgate is also installed to make loading even easier. The new Insignia Sports Tourer will go on sale in the next coming months with prices yet to be announced.