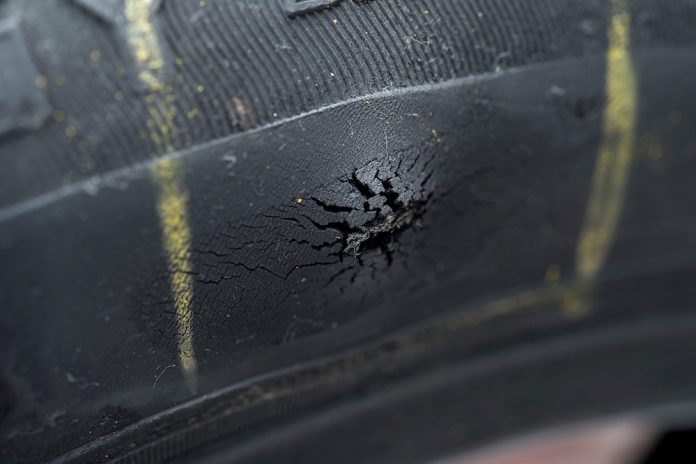 We all love a bargain don’t we? I bet even Simon Cowell can’t resist one, not that he can really appreciate what a bargain is that is. Part worn tyres could prove to be an attractive option, especially when times are tough financially in January. However, warnings are now being put out to motorists about the dangers that part worn tyres may hold.

TyreSafe is just one of the companies that has urged buyers to think twice before paying up for used tyres. In fact an inspection by the company of 67 tyres revealed just 4 of them met the necessary legal regulations. The investigation carried out by Trading Standards and the National Tyre Distributors’ Association (NTDS) has revealed some rather startling results.

58% of tyres tested had defects impacting their safety due to reasons such as poor repairs, structural damage and age-related detonation. The investigations also revealed that some part worn dealers were fitting tyres with water left in them, incorrect pressures used and even the wrong size being fitted. Because of this, 19 part worn dealers were either met with either a conviction or formal guidance being issued.

Stuart Jackson, chairman, TyreSafe, said: “The extent of non-compliance and incompetence among dealers selling part worn tyres represents a significant risk to road safety. Motorists depend on tyre dealers to supply and fit this safety critical component in a road-worthy and legal condition but are instead being duped into buying a product which could potentially be life-threatening. Even if sold legally, TyreSafe urges Britain’s motorists not to buy part worn tyres for the sake of their own safety and other road users.”

So it’s like the age old adage, you get what you pay for. Sure part worn is cheaper, but is it worth the risk?