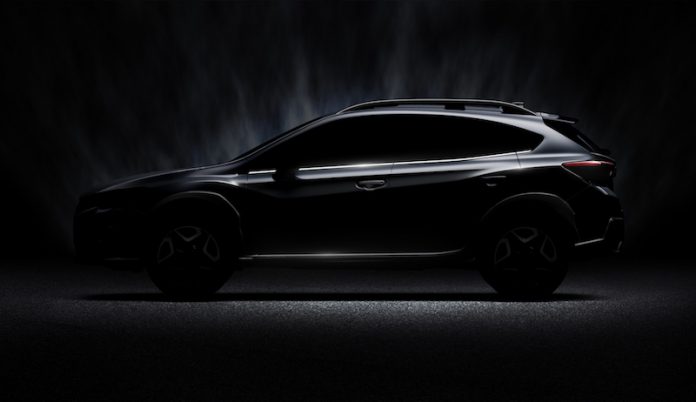 Let’s face it, Subaru doesn’t have the most extensive range in the UK, nor does it have it the biggest share in market. The Japanese brand will hope its new model will bring in some more buyers with an all-new compact SUV called the XV.

A teaser picture has been released in preparation for the car’s unveiling at this year’s Geneva Motor Show which takes place in March. It doesn’t look as compact as the all-new Suzuki Ignis I tested last week, in fact it looks rather big in that picture if you ask me.

In regards to features, engine/gearbox options and so forth, that will be revealed in due course, but what has been confirmed is that the XV will use Subaru’s well known symmetrical four-wheel drive system and will have what Subaru has called a “personality packed exterior”. However that look may turn out, it’s clear that the XV will be entering a fierce market with so many brands offering already established counterparts in the UK market.

So then, the XV will need to have something rather special up its sleeve, but will it? Well we will need to wait for that all to be revealed…