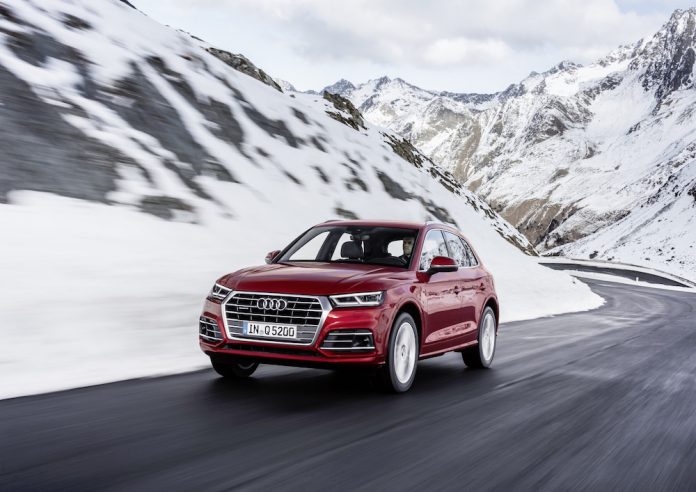 Mention the word ‘quattro’ and you’ll immediately think of Audi. Well that’s if you know your cars, otherwise you may just think it’s another way of saying four, but for the purposes of this article it’s all about Audi. The quattro system has been knocking for many yeas now since it reigned supreme in the rally world in the 80s.

Roll the clock forward 35 years to the modern day and Audi is cracking open the champagne and partying like its 1999 (probably) as the German brand has churned out its 8 millionth model featuring the famous quattro four-wheel drive system. 8,000,000? I don’t know about you, but I think that’s pretty god damn impressive. That’s about the size of the population of a major city, so it’s clear it’s as popular now as it’s ever been.

Mind you I suppose that’s no surprise when you consider the system is available on over 100 different Audi models and trims, but which car was the lucky one to be the 8,000,000th? Well it was an Audi Q5 finished in Garnet Red, which rolled of the brand’s Mexican production line. The quattro system is currently standard on models such as the Q7, A8 and R8 to name a few.

The quattro system has come quite some way since its inclusion in the B rallying monster rally car though. There is a new ‘ultra’ system, which is used for Audi models with a longitudinally mounted engine and decides when the four wheel drive system is needed. This means it’s more efficient as the car will become front wheel drive, which creates less drag and improves fuel economy. So it’s the Germans doing what they do best, taking an already good system and making it even better. Unless it’s sense of humour of course (sorry I couldn’t help myself).