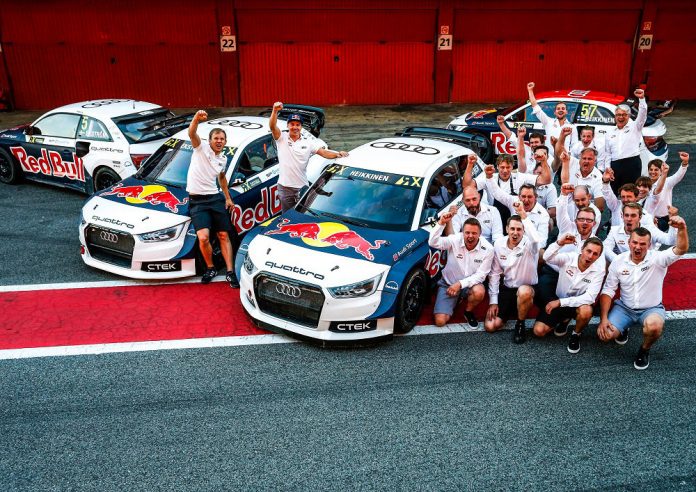 One of the big news to come towards the end of last year was that Audi was to pull out of WEC and Le Mans, which at the time caused a bit of a stir. This week though, the German manufacturer announced it will be supporting World RX champion Mattias Ekstrom and his EKS team in this year’s championship, which kicks off in April.

The Audi S1 EKS RX quattro will once again be the weapon of the choice for the Swede and his team, but with the direct backing of Audi they will be keen to build on the success of 2016.

“We realise that it’s going to be increasingly difficult for EKS to hold its own against the factory teams, so we chose to intensify our World RX commitment,” explained Head of Audi Motorsport, Dieter Gass.

Ekstrom added: “When we took our first steps to build EKS, we dreamed about becoming World Champions and we did it – in three years. We also dreamed about getting support from Audi, to be able to stay on the top and compete for more championships and now we have for that too.” He continued: “We laid a lot of groundwork as a team in the first three years, gathered important experiences and set new standards with EKS. But it was also clear to us that we’d need support for the future in order to be able to continue on this level. The fact that EKS is now receiving factory backing by Audi makes me very happy – I’m convinced that rallycross has a great future.”