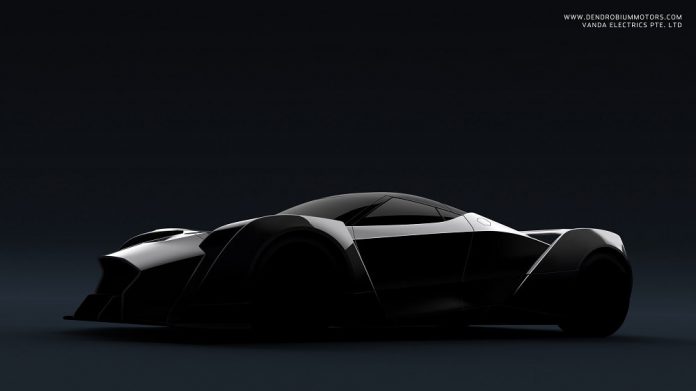 Singapore may be a small place that mostly keeps itself to itself but it’s now able to confirm it’s very first hypercar and it’s electric! No, literally, it’s electric. It’s called the Dendrobium and it’s been produced by mobility experts Vanda Electrics with the help of Williams Advanced Engineering. It will be unveiled at this year’s Geneva Motor Show so until then the details are a little thin, but what has been confirmed is it will be a two-seater concept performance car with the latest in e-powertrain development.

The brand says that the Dendrobium will be ‘clothed in a remarkable body’ and will feature an automatic roof and doors, so it all sounds rather cutting edge. The doors actually open in a synchronized fashion, resembling a fully-opened dendrobium flower, so there’s no prizes for guessing where the concept car got its name from. The performance figures are yet to be released but you can bet your bottom dollar it will be fast, but it’s also responsible too. The leather in the cabin has come from Scottish brand Bridge of Weir Leather Company, which offers the lowest carbon tannery and leather in the world.

Vanda Electrics CEO Larissa Tan, explained: “Dendrobium is the first Singaporean hypercar and the culmination of Vanda Electrics’ expertise in design and technology. We are delighted to be working with Williams Advanced Engineering, world-leaders in aerodynamics, composites and electric powertrains and Bridge of Weir Leather Company, makers of the finest, lowest-carbon leather in the world. The Dendrobium is inspired by nature and rooted in technology, a marriage of design and engineering – I can’t wait to reveal the car to the world in March.”