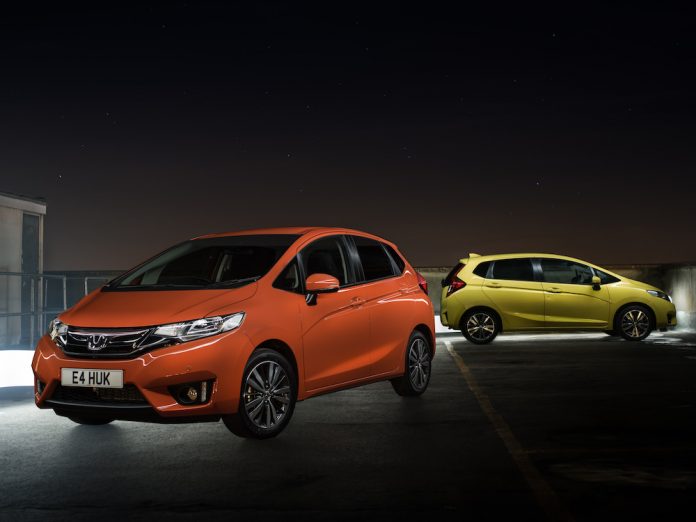 Good Afternoon everyone! I hope you had a nice Christmas! You may feel a bit low now that the big day is out the way and although you have NYE to look forward to, we are now very much in Winter. This is a time where it’s dark, cold and generally rather miserable. Honda has tried to cure this though with two new colour additions to the pensioner’s favourite, the Honda Jazz.

Science behind the colours

Honda has introduced two new colours to its Jazz range – Sunset Orange and Attract Yellow Pearl. Not only have these colours been introduced to inject a bit of colour in to the winter period, but they have also been added for improved safety.

A report from Australia’s Monash University, Melbourne, has revealed that orange cars are statistically less likely to be involved in an accident, with yellow also faring well. The report also found that unsurprisingly, black and grey cars fare less well in the winter conditions. Although I feel these results are a little bit skewed as there are more black and grey cars out there as opposed to orange and yellow so it’s almost inevitable the former category would be involved in more accidents, it’s all about probability. Ok, so I know I’ve just rained on Honda’s parade but I’m sure you can see where I’m coming from, although it’s clear a bright coloured car is easier to see at night than a darker car. However, that isn’t the only science that has been applied to the new colours – according to psychology website verywell.com, orange brings out excitement, enthusiasm and warmth. The website also says that yellow brings out cheer and is also able to deliver warm feelings.

Phil Webb, Head of Cars at Honda UK, commented: “The third generation Jazz is a car that already gives its owners a feeling of warmth and wellbeing, but colours such as Sunset Orange and Attract Yellow Pearl add more than just character. They’re statistically safer, much more visible on darker days, and they help lift the moods of everyone around them – another part of the Drive Happy culture that defines Jazz’s DNA.”