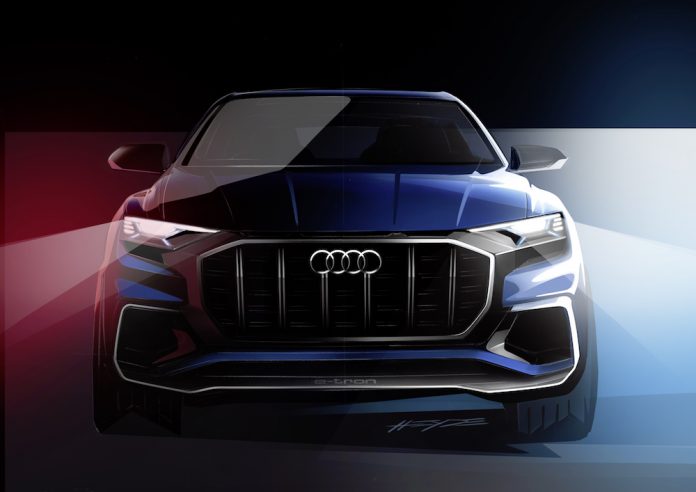 Audi’s Q series has seen a fair bit of success since its introduction last decade and now the German brand is welcoming another member to the family – the Q8. At this moment in time the details are a bit few and far between, but some sketches have been released by the brand to give us a taste of what’s to come. I’m sure you’ll agree it looks pretty good, but then I think all the Q series models look smart so I suppose it would be foolish to expect anything else from the Q8. The SUV which is to be unveiled at the North American International Auto Show next month will feature coupé styling with the size and practicality of an SUV and as mentioned it looks pretty sharp.