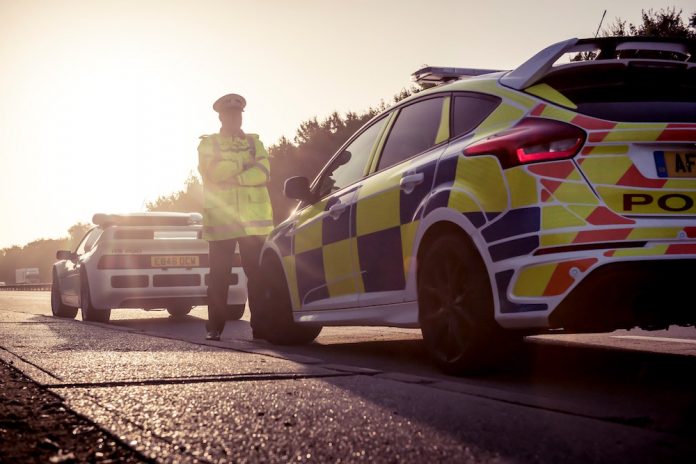 There have been various reports this year about the number of traffic cops being halved which has led to a higher number of crimes on the road. So it seems as if the Police are on the back foot. However, it seems like the tide may be turning.

Police forces around the country must be very excited as there has been a new car on test in their fleets. It’s a car that has won more praise than you can shake a stick at and also my heart. It’s the hot hatch to beat at the moment and is well-known for its drift mode. For those of you that haven’t guessed (seriously?) it is of course the Ford Focus RS.

​​A pocket rocket that is able to get to 60mph in around five seconds, the result of the 345bhp offered by the 2.3 litre turbocharged EcoBoost engine. The signature blue colour has been swapped out for the police livery which will be a dreaded sight in the rear view mirror of lawbreakers. Ok, that’s not strictly true – only a limited numbers will be available so not every force will have one but is it worth taking that chance? 😉

​​The Police Focus RS comes 30 years after the iconic RS200 that was tested for a period by the police. However that wasn’t as practical as the Focus RS so as you can imagine it wasn’t around for long, no matter how long the rozzers wanted it to stick around