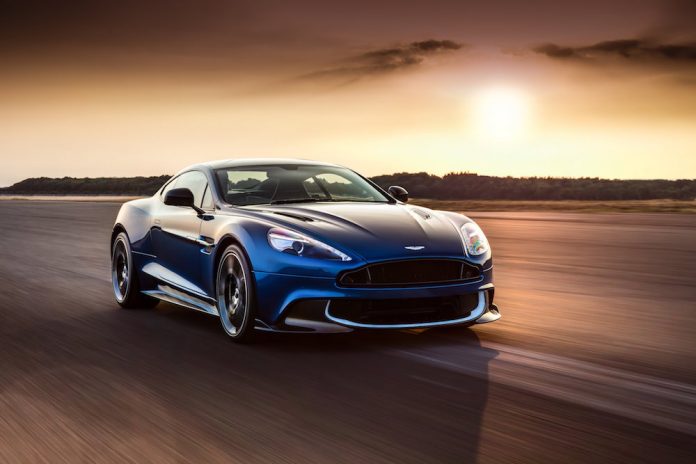 I do love an Aston, let’s face it, who doesn’t?! Well the British brand has announced the new Vanquish S and my word, it looks good. Sorry, I just need a moment to compose myself….

So what does the new Vanquish S have? Well as you’d expect it has a 6.0 litre V1 engine under the bonnet which is able to produce 592bhp and is naturally aspirated. It’s mated to a 8-speed automatic gearbox and you’ll be able to get to 62mph in 3.5 seconds and on to a top speed of 201mph – about the same as a Jaguar F-Type SVR. ​It’s not all about power though, the Vanquish S has revised suspension to give it more edge although Aston Martin is keen to say that the ride will not be compromised, so it should still be reasonably comfortable to drive. A new aerodynamic package has been installed on the new model which is made from exposed carbon fibre and helps to create less drag and more downforce.

​​Dr. Andy Palmer, Aston Martin President & CEO said: “From the moment the original Vanquish was launched it became a modern icon. It propelled Aston Martin from an era of hand-built cars to one where craftsmanship and technology combined to create a new kind of great British GT.

​​“In its second generation the Vanquish maintained that momentum with huge engineering advances such as its all-carbon fibre bodywork and compelling, contemporary styling. Now, the Vanquish S takes things a step further, confidently asserting itself within the Aston Martin range and distinguishing itself from the new DB11. A spectacular machine in every sense, the Vanquish S is a magnificent addition to our range.”

The new Vanquish S is available to order now in both coupé and volante form with prices starting at £199,950 with deliveries starting next month.