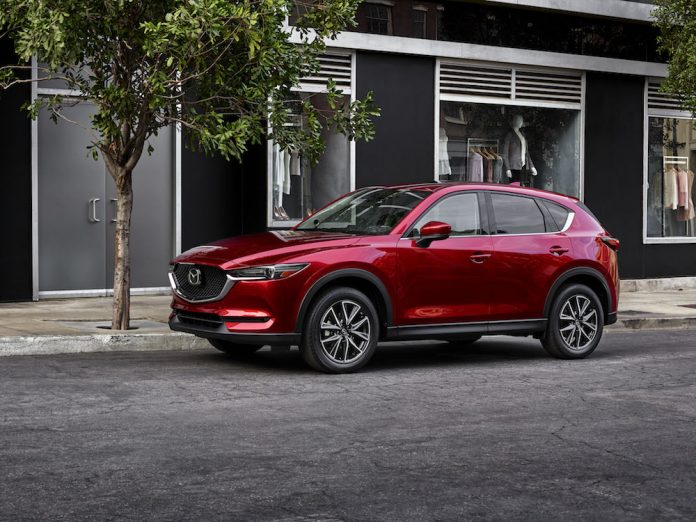 A few weeks ago Mazda gave us a sneak peek of what the new CX-5 would look like and it looked pretty good. Now though, the Japanese brand has officially unveiled the new generation of its European best-seller at this year’s LA Auto Show and needless to say, it looks pretty sharp.

Mazda says that the new model has been “engineered with a strong focus on human sensibilities to deliver responsive performance corresponding to driver expectations, but also prioritising passenger comfort for a pleasant ride in a remarkably quiet and finely crafted cabin.” As wordy as that may be, what I think the brand is getting at is that it will be refined… ​​The new model will come with a choice of three different SKYACTIV engines – two petrol and one diesel, all of which will be able to offer strong performance whilst also keeping you away from the pumps as long as possible.

The new CX-5 will feature a head-up display on the windscreen which is a first in its class plus it’s able to offer a powered tailgate which is becoming commonplace in the SUV world. It also benefits from Mazda’s newly developed Soul Red colour which has been produced by using three coat structures in the paint to give a bold and striking finish to the car. ​​Beyond that Mazda didn’t reveal too many details but what we do know is that it will first go on sale in Japan as of February next year before hitting the other major markets, including our own. Prices are also yet to be confirmed.