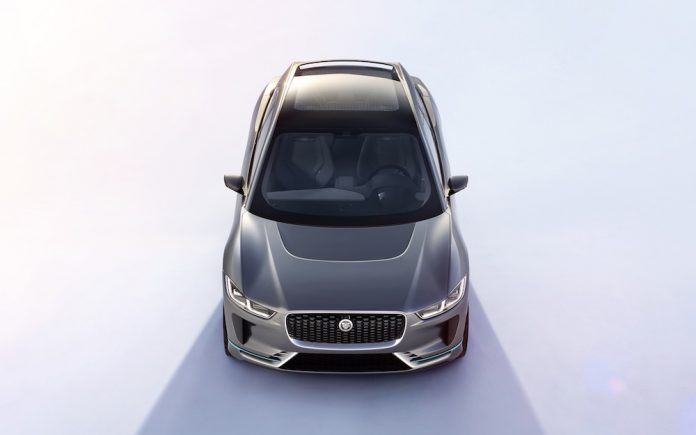 Virtual reality was once a thing of science-fiction but now it is very much a thing of science fact. It’s becoming increasingly popular too – Jaguar has even used the tech to unveil its new I-Pace Concept car.

​​But enough of that, what about the actual car?

Well the car looks rather fabulous if you ask me and Jaguar is keen to express the new car is a smart, five seat sports car and a performance SUV in one. It’s all-electric too and is powered by a 90kWh lithium-ion battery that has been designed by Jaguar Land Rover in-house. There are electric motors powering both the front and rear wheels, meaning it has all-wheel drive.

The power output is an impressive 400PS (396 in hp terms) with a torque figure of 700Nm – that’s the same as an F-Type SVR! 0-62mph comes in just four seconds. The battery has a range 220 miles (US EPS test cycle) or more than 500km (European NEDC test cycle). It can be charged in just over 2 hours when rapid charging is used and there will be more than enough for a daily commute when plugged overnight in a normal plug socket at home.

The VR experience will be open to the public tomorrow at the LA Motor Show so if you are in attendance that’s something to look forward to. The car you see is a production preview and is due to hit the road in 2018. If you fancy buying one head to jaguar.com to register your interest.