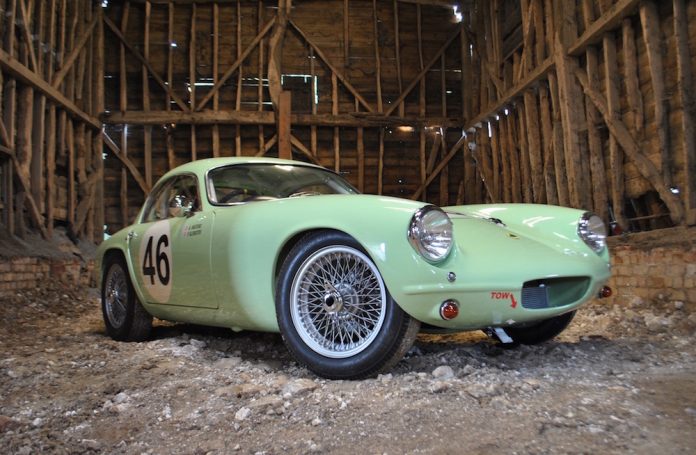 Silverstone Auctions had a two-day sale at the Lancaster Insurance Classic Motor Show over the weekend and needless to say, it was pretty productive. Over 120 cars went under the hammer over the course of the weekend with 80% of them selling and a very health £5.8million raised in the process. That will certainly help the coffers!

One of the standout cars from the lot was a 1958 ex-Chris Barber Lotus Elite Series I which was restored on the Channel 4 program For the Love of Cars. This fine specimen sold for a total of £121,500 which was £40,000 more than its lower estimate price and new record price at auction for this model of car. The car will feature in a one-off special for the tv programme on the 20th of November at 8pm, so look out for that one, I know I will.

Another notable car is a 1969 Morris Mini Super Deluxe which was restored by Lancaster Insurance before it was put under the hammer by Silverstone Auctions to raise a grand fee of £12,938. Don’t think that Lancaster kept the money though as the proceeds raised went to Prostate Cancer UK, making this a very heartfelt and generous process.

Speaking immediately after the sale, managing director of Silverstone Auctions, Nick Whale, said: “What a sale! One of our best ever and the most successful we’ve had at the Classic Motor Show since we first hosted the auction back in 2012. I’m delighted that we’ve achieved such strong prices for our vendors and it’s a delight to see buyers going home so pleased with their new purchases. I’d like to say a special thank all those involved in helping put the sale together and make it such a phenomenal success.”