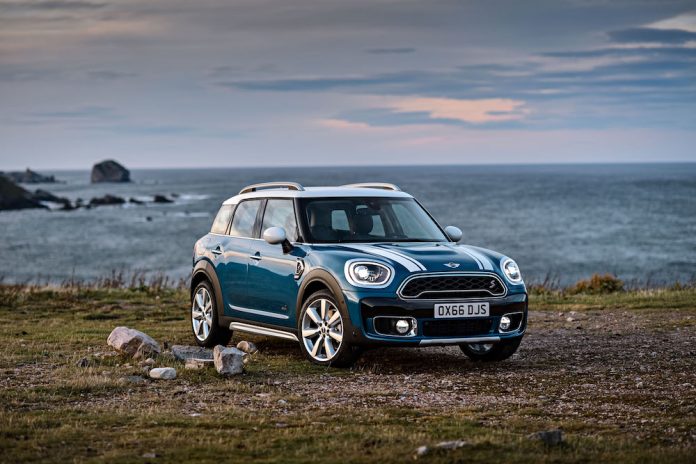 The original Mini was called as such because it was, well, Mini. The new Mini has definitely got bigger and they’re still getting bigger still as the new Countryman is larger than the outgoing model. However, that does mean there is more room inside for passengers and luggage.

It’s still a Mini, I promise

The new Countryman is 20cm longer than its predecessor with a 7.5cm longer wheelbase and an extra 3cm of width. This all means this is now the largest Mini on sale today. You almost feel like the car has a damn cheek to go around with a badge that reads ‘Mini’ on it but I say that with jest of course. The increase of size means a boot that offers 450 litres – 1,309 with the rear seats down – and increased head and shoulder space for those in the front. That’s enough about space though, what makes the new Countryman go? Buyers will be able to choose between an all-new range of two petrols and two diesels which offer between 136-192bhp and 220-400Nm of torque. Mini’s ALL4 four-wheel drive system is available with all engines – at an extra cost of course – and the system itself has also been refined to give better performance. ​There is also a dedicated hybrid model which is a first for Mini, combing a turbocharged engine with an electric motor. Talking of getting with the times, a touchscreen interface is available for the first time in a Mini model. Yeah, I know that has nothing to do with the power but as I was talking about Mini firsts it seemed organic to put it there.

The new Countryman is on sale now with prices starting at £22,465 and deliveries can be expected for February next year.