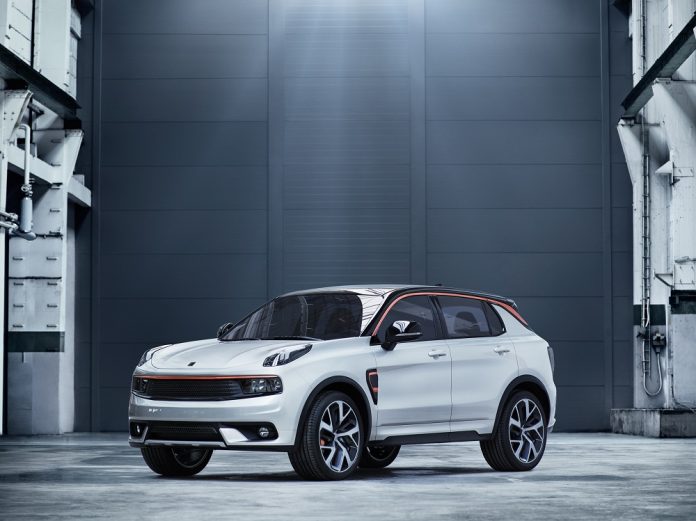 There’s a new player in town and this one comes from Scandinavia – Sweden to be exact. It’s called LYNK & CO, a brand that sits under the Geely Auto Group umbrella. The new, bold marque has launched its first car ’01’, an SUV with bold design and plenty of tech, built on the Compact Modular Architecture. A 02, 03 and 04 will also be coming but let’s focus on numero uno for the time being.

The 01 has been built on the Compact Modular Architecture, which is used by Volvo and will also be used for the other LYNK & CO models. It’s a platform that is able to be used on a number of different models, powertrains and electrical systems to make it a completely flexible base on which to build cars on.

LYNK & CO states the new 01 is ‘born digital’ and it’s crammed with kit such as a large touchscreen on the centre console as well as a telematics system to ensure the car is always connected to the internet and it even has its own cloud. The car even has a share button which means you can allow others to access the car using a digital key.

When it comes to safe cars, the Swedes are king of the hill and the LYNK & CO 01 is no different. Thanks to its design and methods learned by Volvo, the 01 is able to absorb crash energy through the side beams and crash structures to ensure those inside are keep from danger.

​The new model has been designed to meet the top safety ratings for China, Europe and the USA so you’d have to be a foolish man to bet against the 01 achieving this.Other safety features include forward collision warning, autonomous emergency braking, pedestrian detection, adaptive cruise control, blind spot detection and lane departure warning to name a few.

LYNK & CO hasn’t revealed a great deal about which engines will feature in the new 01 but the Swedish brand states that the new model will be available with “a range of ultra-efficient powertrains”. What we do know is that a state-of-the-art seven-speed automatic gearbox will be available as well as manual choices. Thanks to the flexibility of the CMA platform, electric options will also be available. Again, that is a detail that has not been revealed yet but it will initially go on sale in China in 2017 with Europe and the US coming shortly after. When you do buy one though you can expect it to be delivered to your door and once it needs to be serviced it will be picked up from you as well to help lift the stress of owning and maintaining a car.