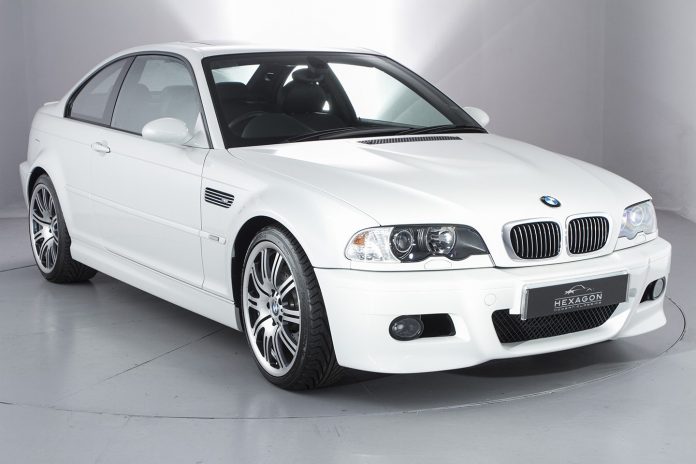 The 330Ci M Sport may be over a decade old, but it should be as good as new as this Silver Grey example has only covered 1,300 miles, which may just be the lowest mileage E36 coupe in existence. The specification includes Black Dakota leather, automatic gearbox, electric glass sunroof, electric front driver seat and 18″ M Sport alloy wheels. The price for this 210bhp 3-Series is £20,995 may seem like a fair bit but I’m sure it’ll be worth it.

The Clubsport is the oldest car on offer and is almost 15 years old but even this model has covered just 3,200, an average of only 230 miles per year. It’s finished in Estoril Blue with contrasting black leather inside and also features Clubsport specific cosmetics including 18″ Clubsport alloys, Clubsport rear spoiler and front splitter. The price for this handsome model is £23,995.

Save the best for last

We finish with the M3, the best of the bunch. This 2005 model comes in Alpine White complimented with black leather inside. Like the other models the M3 has low mileage with only 2,300 miles being covered in this supercar challenger. Power comes from a 338bhp straight-six engine which is mated to an automatic box. The results? Deadly. It has the potential to be rather deadly to your wallet as well with a price of £49,995 but let’s face it, this is definitely money worth handing over…