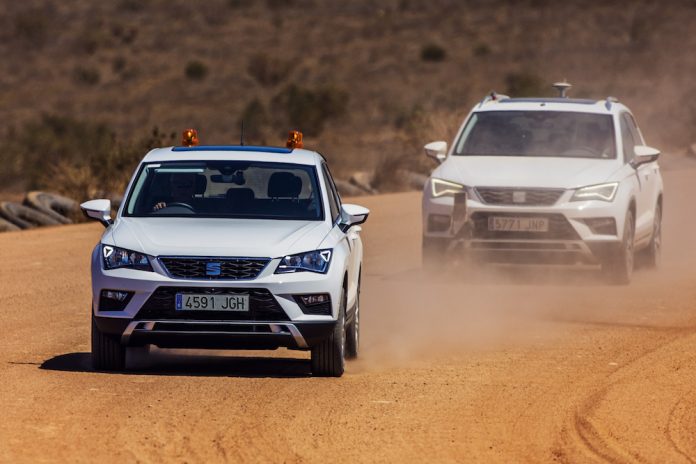 We all look for reliability when buying a car, let’s face it, who wants a car that’s going to break down every time you need to get somewhere? I know I don’t. But have you ever thought about what a car goes through in order to be at a standard where it’s almost as invincible as that Toyota Hilux that had on Top Gear many moons ago?

Put to the test

The chances are you haven’t but it’s interesting to hear the tests SEAT has put the new Ateca through to ensure it will last as long as you need it to. The Spanish brand carried out a three week project involving 50 engineers, 40 cars, 25,000km and no less than 80 tests. Oh, and did I mention it was in the desert region of Southern Spain where it can reach 45˚C in the shade?

​​So sit back and make yourself comfortable as I talk at great length about every one of the 80 tests. No, I’m kidding of course, can you imagine? Let me instead go through the five main tests carried for the new Ateca, starting with the traction and controlled descent test, whereby the vehicle is taken down a 35% decline to ensure the traction control system works and that the driver does not need to use the brake when descending.

​​Next up is the towing control test which pretty much tests the Trailer Stability Program to make the Ateca is able to pull a trailer without losing control. The third test is the klapper test, which may have a funny name but it’s an important one as it tests for rattle or knocks when driving on all surfaces.

​​Next there is the dust intake test whereby an Ateca is driven through a large dust cloud to test the performance and durability of the air filter. Last but not least is the gravel test. In this test the Ateca is driven 3,000km on a specific gravel surface to to analyse the impact made by gravel underside of the car as well as wheel arches and bodywork.

So there we have it, a small insight in to the tests carried out on new cars.