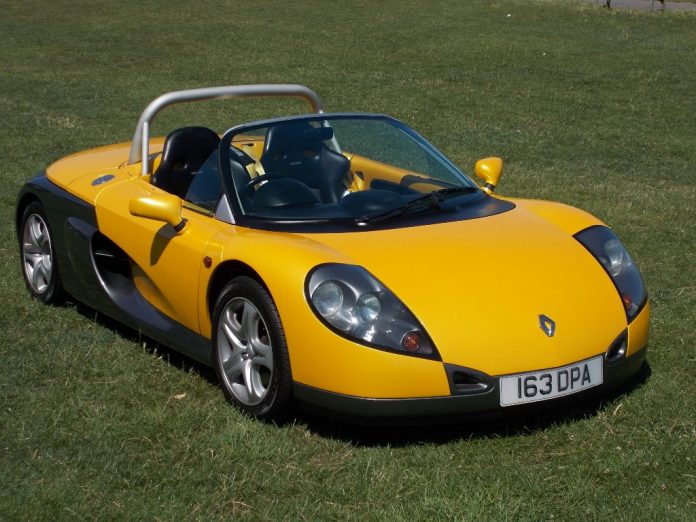 Evening all, it took me quite some to find a car for this week’s WWS as I wanted to bring you all something a little different. And I think I have just the car, a car I had forgotten about, the Renault Spider.

​​Finished in the infamous Renault Sport yellow, this Spider comes from 1997 and has covered just 10,800 miles by its one and only owner. With only around 1,800 the Spider is with no doubt a rare car. Built to promote Renault as a sporting brand, the Spider had a 2.0 litre straight-four petrol engine which was able to offer 148bhp. This may seem like a modest output but the Spider has weight on its side, or should I say lack of.

​​The Spider tips the scale at 930kg which helps the two seater get to 60mph in 6.5 seconds and on to a top speed of 131mph. The Spider was first produced in 1996 but at the time they came in left-hand drive only and didn’t feature proper glass windscreens. Buyers had to wait until the next year to get the steering wheel on the right and a proper windscreen. Production then stopped in 1999 with around 1,800 in total made.

​​As well as the traditional yellow paint, £34,995 will get you 16″ alloy wheels, black vinyl interior, radio/cassette player and full history. Oh and you also get scissor doors as well…