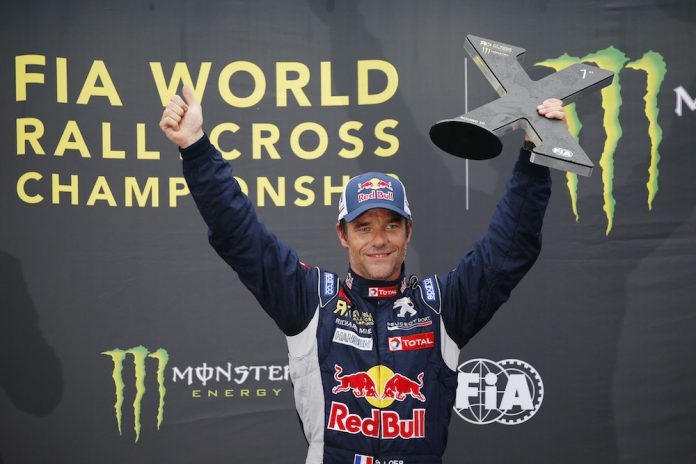 The latest round of the FIA World RX Championship has thrown some up some surprises and now defending champion Petter Solberg has an uphill battle if he wants to keep hold of his crown.

Solberg down and out?

One of the main talking points from qualifying was Norwegian driver Petter Solberg receiving disqualification in Q2 after making contact with Mattias Ekström, which left Solberg with a steep mountain to climb. There was even talk that Solberg would pull himself out of the competition in protest but he thought better of it and returned today to compete in the rest of qualifying.

Things went from bad to worse as he crashed in to a barrier in Q3 due to lack of visibility due to the rain and the misted windscreen in his Citroen. He was able to get a win in Q4 but this was not enough to save him he ended up finishing all the way down in 19th place. This meant not only did he make the semi-finals but he also gained no championship points, thus putting him in a vulnerable situation.

Andreas Bakkerud was the overnight top qualifier with his two podium places but Johan Kristoffersson put in a smooth and fast drive in his VW Polo and was able to end qualifying at the top of the heap. In fact the Swede was able to put in a time of 3:54.729 which six seconds faster than the best time. There was even more action in that race as Peugeot Hansen teammates Timmy Hansen and Sebastian Loeb came of the circuit after Hansen had aquaplaned in his French counterpart.

Latvian drivers Janis Baumanis and Reines Nitiss were able to make it to the semi-finals but despite support from the home crowd, the pair couldn’t make it to the final but they still put a decent performance on the brand new Riga circuit. Baumanis actually ended up the wrong way in semi-final one which ended his chances of making the final. Kristoffersson had a strong race in the first semi but Loeb was able to take the win from the Swede right at the death, 3rd place was taken by Timmy Hansen.

Potential champion Mattias Ekström took the win in the second semi-final with Russian driver Timur Timerzyanov taking second place. Robin Larsson had started the race strongly but ended up overcooking it and sliding out on the first corner which game the Swede a huge disadvantage. There was a fight for third place but Andreas Bakkerud was able to fend of the advances of Davy Jeanney to complete the last sport on the podium.

Loeb gets his first win

Sebastian Loeb made a great start to the final in his 208 but there was plenty of action behind him as Timerzyanov stormed from the line but aquaplaned before veering off at the first corner and in to the wall. He was ok though but his race was most certainly over. The race was far from over for Loeb as the frenchman was getting quicker and quicker with every lap. There was still places to be fought for behind him though, Kristoffersson tried to edge his way past the Focus RS RX of Bakkerud but slid wide, leaving the door open for Timmy Hansen.

Loeb cruised home in what was an efficient drive from the Frenchman to gain his first win of his debut season in World RX. He crossed the line and instantly pulled the handbrake to send the car in to a sequence of doughnuts. Ekström finished behind him in second and Peugeot Hansen teammate Timmy Hansen completed the podium with a respectable third place.

​​What has this done for the championship standings?

Well Mattias Ekström sits pretty at the top with 228 points, a 27 point advantage on Johan Kristoffersson who sits in second place with 201 points. This now means reigning champ Petter Solberg has slipped to third place with 194 points. When asked about his standing in qualifying he had stated that the championship was over and it looks as if the Norwegian has accepted his fate.

It’ll be interesting to see his response in the next round which takes place in Germany from the 14th of October.

About
Car Obsession is a site filled with more cars than you can shake a stick at, and the home of the latest car news, reviews, opinions and more!
Contact me: [email protected].co.uk
Follow Car Obsession
© Car Obsession 2021