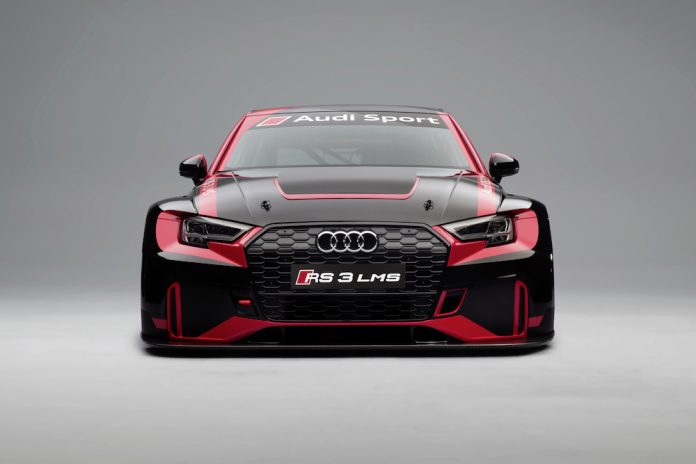 Not only has Audi unveiled its latest RS3 saloon but the German brand has also unveiled a racing of the version of the RS3 which is actually slower. No, I don’t get it either. Let’s have a look at what it has to offer. ​​The Audi RS3 LMS is powered by a 2.0 litre TFSI petrol engine which produces 330bhp. 0-62 comes in 4.5 seconds and the top speed is 149mph. If the TCR version is selected the engine will be mated to a six-speed sequential gearbox, something I’d love to try someday. As this car is designed for motorsport you can expect racing paraphernalia such as FIA-conformant safety fuel tank, racing safety cell, PS3 racing seat, FIA safety nets and rescue hatch. ​​“Audi has been active in motorsport on the highest level for generations,” says Stephan Winkelmann, Managing Director at Audi Sport with responsibility for the Audi R and RS models which Audi sells under the “Audi Sport” label. “With the Audi R8 LMS, Audi Sport customer racing, in a very short time, managed to build a successful customer sport program alongside the factory commitments in the WEC and the DTM. The Audi R8 LMS has since become the market leader in its segment. We have the same plans for the Audi RS 3 LMS, which offers customers an attractive opportunity to get started in fascinating Audi racing.” ​​It’s unlikely that you’ll be in the market for one of these but just in case you are the RS3 LMS is priced at €129,000 plus vat and will be delivered to customers in December, in time for the 2017 racing season.