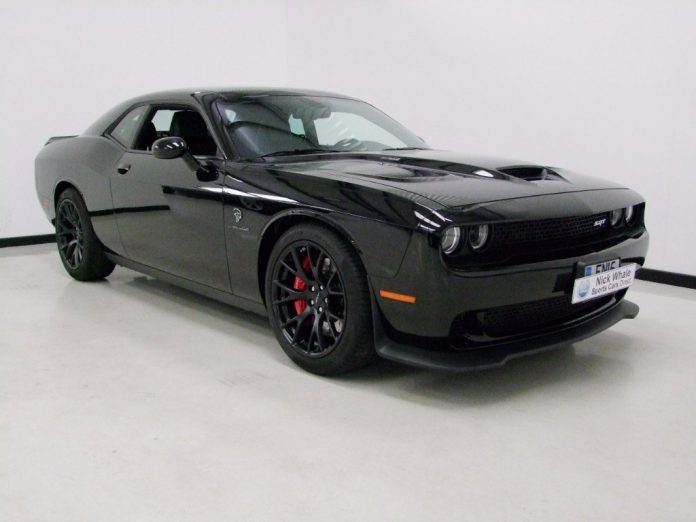 This week on WWS I turn my attention to the muscle car, one of the true American icons, along with apple pie, guns and obesity. The debate of which one is the best will rage on until the end of time but the car featured today may just be one of the fastest examples to be ever made – the Dodge Challenger SRT Hellcat.

Now the chances are you have properly seen this car on many car shows such as the new Top Gear and also Jay Leno’s Garage. What makes this car famous is its power output – underneath the muscular bonnet sits a 6.2 litre Hemi V8 which throws out 707bhp. This makes it the most powerful engine that has ever come from Chrysler Group.

With an engine that large the performance figures aren’t surprising but impressive nonetheless. 0-60 comes in around 3.0 seconds and it will be pushing 200mph when it maxes it out. This car is certainly menacing and gives something for the new Mustang to think about, but this one looks even more brutish as it’s finished all in black.

Presented by Nick Whale Sportscars, this SRT Hellcat has 2,900 miles on the clock and is available with two key fobs. The first limits the car to 500bhp whereas the other gives the no-nonsense 707bhp output. This biblical power can be yours for the grand fee of £63,990 which may seem a lot at first but when you consider the power that’s on offer.