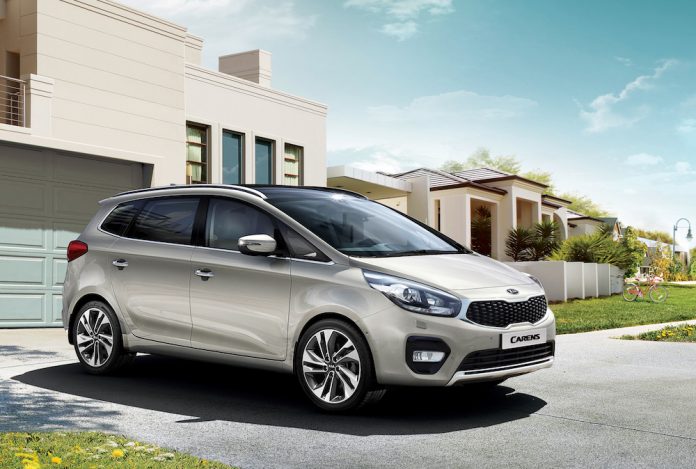 Now earlier today I wrote about the new Kia Soul which I must confess didn’t realise was even still in production. The same can be said for this Kia model as well – the Carens. It too is very much alive and Kia has announced upgrades to the new model.

Well the changes to the new Carens aren’t drastic, this is certainly a case of evolution rather than revolution. Available later this year, the new Carens features new styling inside and out. These include new bumpers and fog lamp design, new paint finish (Mysterious Blue), new alloy wheels and new upholstery.

The new Carens benefits from either a 7″ or 8″ infotainment system which is home to your usual smartphone integration including Apple CarPlay and Andriod Auto. The system is also home to a rear reversing camera and TomTom sat nav, plus UK buyers can enjoy the rich sounds of a JBL sound system. Sounds good to me.

Kia has also made a new Eco Pack available to the 1.7 litre diesel model – this offers a stop/stat system as well as special Michelin tyres which offer low rolling resistance, meaning the car can go farther for longer. This means the CO2 emissions have fallen to 109g’m when the 6-speed manual gearbox is selected.

The upgraded Carens will be available later this year, probably around the same time as the new Soul I wrote about earlier. Prices are yet to be confirmed.