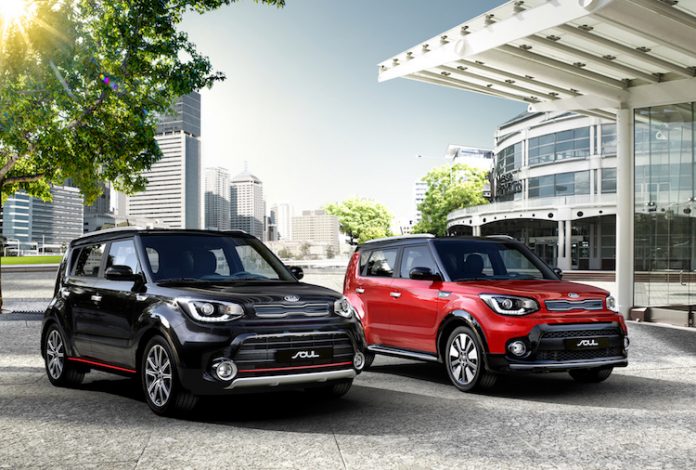 For those of you reading my most recent articles you’ll know I am currently in Majorca/Mallorca. You may be jealous that I’m abroad soaking up the sun drinking limitless booze but here is some good news for you. The weather is awful, and as a result I’ve had to scurry inside. Again. But there is a silver lining to this massive rain cloud. It means I can do more writing without upsetting my long-suffering wife. So what’s first on the agenda today? The Kia Soul.

Now I must admit I didn’t know this car was still in production as I haven’t seen one in yonks but it’s still alive and kicking. I remember a former colleague of mine had one in black and white and it looked rather good. The Korean brand has now announced a new 1.6 litre model boasting 201bhp which will be available to order later this year. This model will be the fastest ever Soul that Kia has made as is mated to a seven-speed double-clutch transmission.

The 1.6 T-GDI under the Soul’s bonnet is the same engine fitted to the cee’d GT and pro_cee’d GT and will get the Soul to 62mph in 7.5 seconds, then on to a top speed of a rather low 122mph. Kia has also introduced a drive mode selector for all Souls fitted with the seven-speed auto ‘box with three settings – normal, sport and eco. As you’d expect from a sportier model the 1.6 litre Soul has styling to match, including a different front bumper and air intake grille as well as model-specific 18″ alloy wheels. The inside features new upholstery with contrasting orange stitching and a D-shaped steering wheel to set it apart from other Soul models,

As with all cars in the present day, the Soul will have a touchscreen infotainment system as well as rear facing camera and even a USB port in the rear so backseat passengers can charged their phone on the move. They may seem like a very simple addition but I think it’s a clever one and it’s one I like. Apple CarPlay and Android Auto are also present to aid smartphone integration and drivers can be safe in the knowledge that safety features such as Blind Spot Detection and Rear Traffic Assist are present.

The new car goes one sale later this year with prices yet to be announced.