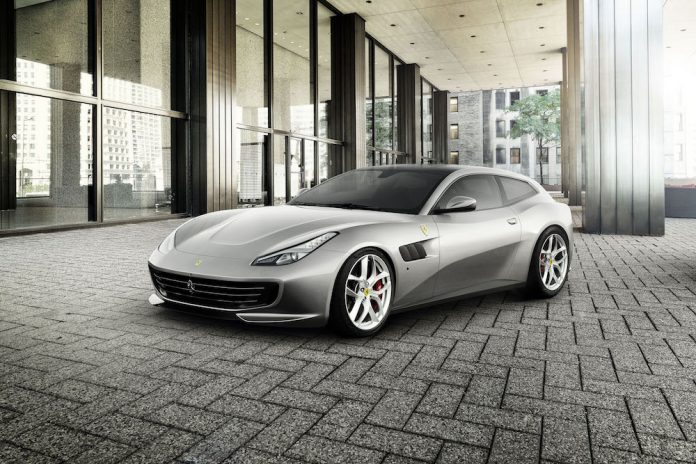 A thunderstorm is quickly making its way over the island of Mallorca which means I’ve retreated in to the hotel like a tortoise retreats in to its shell. I can’t get slowly drunk on all inclusive booze because the inside bar doesn’t open until 19:00. Bummer. But it does mean I can get some writing done, much to your delight. So I open today with news of the new Ferrari GT4Lusso T, the first four-seater model to feature turbo-charged V8 engine.

The look will still be familiar to that of the FF, the first Ferrari to feature four-wheel drive. But not any four-wheel drive, the system adopted by Ferrari was different to what’d you normally find from a four-wheel drive system and it was rather complex. So complex that I think even James May would find it tricky to explain it.

Let’s hear more about that V8

Ah yes, the important bit, the power. As mentioned, under the bonnet sits a 3.9 litre twin-turbocharged V8 which is home to 601 prancing horses and 760Nm of torque. 0-62 is over in 3.5 seconds and this Ferrari shooting brake will get to a top speed of 199mph. Now, this new model may look like an FF with a new face but this new model is in fact rear-wheel drive only – it does have four-wheel steering though. ​​Something called Side Slip Control features in the new model which gives a more rapid response to steering input whilst entering and exiting corners, very handy on tracks or windy B-roads. Ferrari says the V8 fitted under the bonnet will provide a “rich, powerful soundtrack” but becomes quieter at lower speeds to aid its long-distance capability.

Like all new cars at the moment, it will of course feature at the fast-approaching Paris Motor Show.